In praise of Patrice Newell 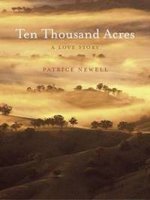 In my last post on New England Australia - writers I mentioned that I was reading Patrice Newell's book the River, the story of the Pages River in the Upper Hunter. I can hardly wait to finish to read her next book, Ten Thousand Acres.

I did not realise when I started reading that Patrice was quite famous. I bought the book because it was another book on my New England. Now I am loving it.

It's not just that she writes well, and she does. It's not just that I am learning new things, and I am. Here, and so far, I especially like her catchment stories. But her writing is (unexpectedly) like an old and familiar friend.

I may not always agree with her. I have a more positive view of former State National Party Leader George Souris, and not only because we went to the same school. But whether I agree or not, so much of her writing creates particular resonances.

Patrice writes of the architect Horbury Hunt who designed a number of buildings in her immediate area. Hunt's building across New England include St Mathias's Church, Denman (1871), St John's, Branxton (1873), the Anglican Cathedrals at Armidale (1871) and Grafton (1880) and Booloominbah at Armidale (1888). Along with the Maitland Pender family who designed buildings such as Belltees and Saumarez, Hunt has left an indelible imprint on New England's built landscape.

Patrice also speaks of the Burning Mountain near Wingen where a long burning underground coal seam creates a volcano like area. I first read of this in a 19th century news magazine held in The Armidale School Library, then a repository of many ancient publications that today would be antiquarian finds. Many years later I dragged my then young daughters up the hill, standing in the spot Patrice describes looking over the Pages.

She describes the Wright family graves. I have not seen these, but years ago after having read Judith Wright's Generations of Men for the first time I searched for and found Dalwood, the family home described in the book. It was then semi-derelict, but enough remained to give a real feel. Patrice also mentions Ric Wright, someone I also knew.

She mentions excursions with Helen Brayshaw to find Aboriginal sites along the Pages.

Many years ago I trained with Helen under Isabel McBryde.

In 1960 Isabel was appointed to Australia's first titled position in Prehistory and Ancient History at the University of New England. Up to that point the few pioneering Australian prehistorians had worked in a scatter gun fashion on isolated sites across the country. From these digs they tried to create cross-country cultural sequences. This made sense if but only if the Aborigines were homogeneous across the continent, which was not the case.

Working under the influence of her mentor, John Mulvaney, Isabel pioneered the study of Australian prehistory at regional level. In doing so, she gathered a group of students around her including Helen and myself to provide help. We went on weekend survey missions across the North Coast, Tablelands and Slopes, took part in digs during some vacations, worked as research assistants during others sorting and recording Aboriginal implements. It was fun.

In 1965 Sharon Sullivan completed the first pre-history honours thesis under Isabel's guidance. 1966 saw the first full pre-history honours class. Many of Isabel's students including Helen and Sharon went on to distinguished careers in Australian prehistory and archaeology. My own route was different, taking me into economics and work with the Australian Treasury. But I retained my very fond memories of the earlier period.

Patrice's writing brought this whole past flooding back.