New England and the cloying effects of imposed uniformity

In UK and the local benefits of devolution, I looked at the way in which devolution had benefited areas of the UK though greater local freedom and power. In this, the second of my posts reflecting on the lessons for New England from the experience gained on my European trip, I look at the cloying effects of the uniformity imposed on New England by current Governmental structures and practices, focusing especially on tourism. 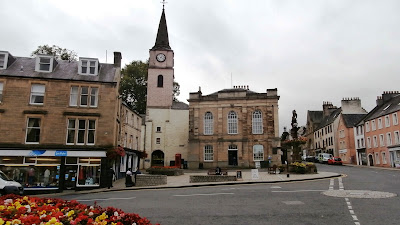 England and especially Scotland and Wales glory in their differences. Difference from each other, but also differences within. These are matters to promote, to glory in, sometimes to fight over.

This is Jedburgh in the Scottish border country. Each part of the border country - the boundaries have varied over time - has its own character. This is expressed in tourism material, in books and other cultural material.

Centrally imposed variations in boundaries do affect local identity and complicate promotion, just as they do in Australia. However, UK areas seem better able to withstand these external pressures in retaining and presenting their heritage. 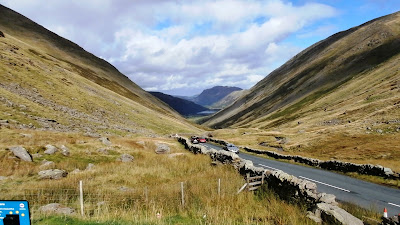 This is a scene from the English Lake District. In Australian drive time terms, it's quite close to the border country. The printed tourism material on the Lake District runs to hundreds of pages. Individual destinations promote themselves, but the focus is on the totality, on using a particular place as a base, but then moving around.

Further south, you find the same pattern in the Cotswolds, a stretch of hill country roughly 25 miles (40 km) across and 90 miles (145 km) long, stretching south-west from just south of Stratford-upon-Avon to just south of Bath. The picture postcard villages are a major attraction, with the attraction lying not just in the individual locality but in the totality of nearby attractions.This is important because no centre has enough attractions on its own to justify a longish stay. 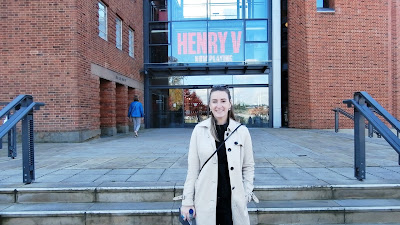 This applies even in the nearby town of Stratford-upon-Avon, Shakespeare's birthplace.  Stratford is about the same size as Armidale in population terms.

Mind you, Stratford is HQ of the Royal Shakespeare Company. Employing 700 people whose theatre has just undergone a £112.8 million upgrade. I wrote on our visit to Stratford in Watching Henry V on the 600th anniversary of the battle of Agincourt.

Armidale, by contrast, struggles to build a new library and theatre complex even though it is a major cultural centre. But then, neither the NSW or Australian Governments would even consider supporting something of the scale of Stratford's theatre extension in a regional centre.

Regional areas in the UK have certain advantages. Both populations and visitor numbers are higher. I haven't checked the number, but I suspect that Stratford gets more visitors in total than all of Northern NSW. I 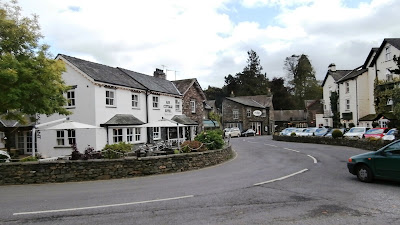 suspect that the little village of Grasmere  in the Lake's District gets more visitors than any New England centre.

That said, we are left with a number of questions.

Why aren't local and regional differences properly recognized and promoted within the broader New England? Why don't people know about them? Why are all of the NSW "great cultural institutions" in Sydney? To put this last in perspective, the British Museum, truly one of the world's great cultural institutions, is actually a bit player in UK cultural and tourism promotion. There are no tourism promotions that focus on the capital cities as such unless, of course, they are funded by those cities.

I have really struggled with this, especially when I was actively involved in tourism promotion. I think that three factors are in play.

The first is the factional system of politics that evolved during the nineteenth century and which played local area against local area with benefits for votes. This translated into intense local parochialism only partially overcome by broader movements such as the new state movements. Each local area wanted to promote its own thing, even though this would be self defeating in the end. This continues today.

The second was the actual denial of regional difference. This worked its way through the school system with its emphasis, on uniformity but extended beyond that into various forms of official expression. Difference was recognised, but this was generally expressed in narrow geographic terms. The idea of historical or cultural difference was rejected.

The third was the differential in population terms between Sydney and individual centres elsewhere in NSW. Until quite recently, aggregate populations were not so dwarfed by Sydney. This was concealed by emphasis on locality as opposed to broader areas. More importantly, there were constant variations in regional boundaries and regional approaches dictated by central needs that made it impossible to create consistent approaches, especially in visitor promotion.

In all, the effect was the outcome I described in the heading, the imposition of a cloying uniformity. This still exists, nor is immediate change likely. Until change happens, improved regional performance is unlikely.
.
. .
Posted by Jim Belshaw at 12:38 pm 3 comments:

UK and the local benefits of devolution 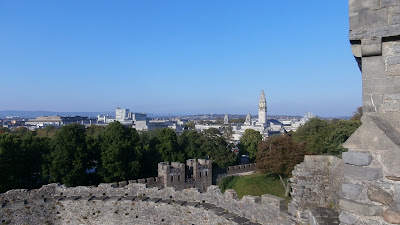 I have just come back from a trip to Denmark and the UK, This is the first of several posts reflecting on the lessons for New England from the experience. The photo shows one view of the Welsh capital, Cardiff, from the castle.

You can see that in demographic terms, Wales and Scotland are totally dwarfed by England. Both were effectively swamped, lacking in influence within a then rigid party system.   .  .

The wheel turns.As a consequence of constant agitation especially in Scotland that threatened to tear the Union apart, power was progressively devolved from Westminster.This could never have happened without that constant agitation. Now as I walked the streets, I could see some of the results. 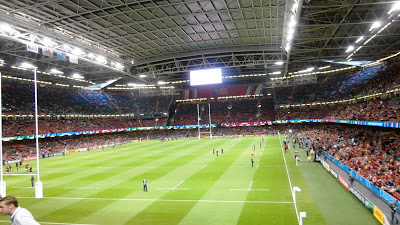 This  is the Millennium Stadium in Cardiff, capacity over 72,000. The nearest Newcastle equivalent is in Newcastle, an open air stadium with a capacity of 33,000 thousand.

It wasn't just the new or rebuilt institutions, but the focus on local character and interests, the buzz in the streets, the presence of young people. .

Now that the benefits of devolution have become clearer, North England (population 14.5 million) too is starting to demand some measure of devolution as a way of reducing London dominance.

All this means that that the UK has moved from an argument against new states to a case study of the way that local benefits can flow.