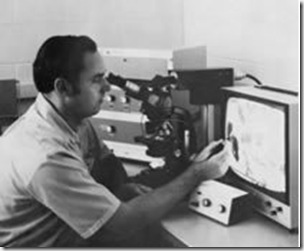 In the post just before(Doctor John Lindsay), Rod featured the work of one of the University of New England geologists.

I didn't know that John had died 2008. He and I overlapped in time at UNE, but I didn't study geology and really only knew him as a face on campus. It is only now, years later, that his work has become important to me because of the way that it informs others including Rod.

We, and I am thinking just of we New Englanders, have been very lucky in many ways. The things that we fought for in our efforts to grow our area and to retain our identity were hard won. Much has been lost. Yet the chain effects continue.

Our ancestors' efforts created the first university in Australia outside the metros. The students who came like John created New England knowledge. Most, and this is the story of the New England diaspora, went on to other things, but their contribution remains.

When Rod, I and others write today, we draw from and preserve that earlier work,

New England doesn't exist. We New Englanders can agree on neither name nor boundaries. And yet, after 150 years, we remain the only area in Australia capable of mounting a sustained challenge to the intellectual and political dominance imposed by the metro elites.

We still demand to be heard, we still write, we still care. That's no bad thing.

I see from Archives Outside that there is a special photographic exhibition, Historic Gardens of New England, opening on 2 July at the Australian Institute of Architects in Tusculum, 3 Manning Street, Potts Point. The exhibition has been developed by the Garden History Society Northern New South Wales Sub Branch at Armidale.  The photographs vary from the grandest to the most unusual and come from collections held by the National Trust, University of New England Archives, Historical Societies and individuals.

Just to set the flavour, here is one photo from the exhibition. Isn't it a remarkable shot? New England has many grand gardens from the Hunter to the border, although this exhibition focuses on the New England, the Tablelands.  This garden shows the sheer industry of a school garden. 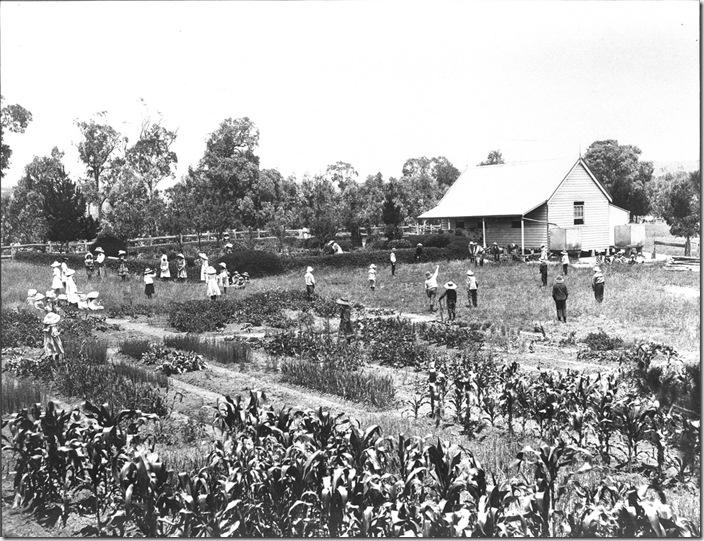 The exhibition ruins for a month. The curators, Bill Oates and Graham Wilson, will speak at 6.30 pm at the opening on 2 July. I can't give you a link so that you can book, it's down, but I will add it as soon as the link is up.

My New England 5 - jumpers and jackets with the occasional pearls 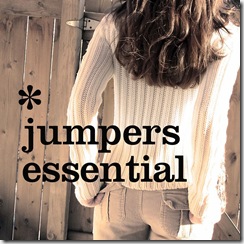 For  years, I bought much of my clothing in Armidale no matter where I was living. This held even after I moved to Sydney for family reasons.

In Sydney, I would prowl David Jones or other retailers and then, dissatisfied, return to home turf.

I suspect that there is something deeply psychological  with this particular obsession. Or, maybe, it just reflects my good taste!

Armidale is quite a cold place and very much has had its own fashion style. This shot from one of the local tourism bodies, Experience the Highs, brought some of that back. The thick jumpers, the jackets, the moleskins, the tweeds.

Mind you, the world changes. The local styles have to a degree become submerged in that standardised modernity that so marks the modern fashion world.

Yet memory remains of girls in thin ball dresses, breath frosting the air, gathered outside around the drums used as heaters with the fire and smoke drifting into the air. Of girls standing by the fuel stove in the kitchen hitching their dresses up at the back to get the warm air from the stove. Of sitting there around the kitchen table drinking gins and tonics in the early morning after the ball. Of girls in thick fashion jumpers the next day.

And the pearls? They often wore them. Actually, I was a bit frightened of their sophistication. I sometimes felt so gauche! Still, that shot did take me back.

By the way, I found the river summaries in the attachment useful.

Posted by Jim Belshaw at 9:29 pm No comments: 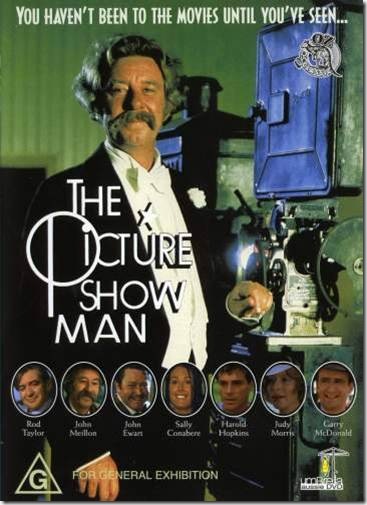 Back in September 2009, I wrote a post called The Colours of New England that was something of a photo essay looking at changing colours from east to west, north to south. It remains one of our my favourite posts.

Then last year I gave a presentation to the Armidale North Rotary Club called Northern Images - Landscape, life and literature through New England eyes. There I combined art, film and literature with a dash of history to try to explain the interconnections, the commonalities and differences, in the way that New Englanders saw themselves, were seen by others.

This film poster for a very well known 1977 Australian movie was one of the illustrations I used. If you look at the short Wikipedia entry on the film you wouldn't know that it was a New England story, and yet it is. The film is based on a New England travelling film show operating out of Tamworth, and was filmed largely on the Liverpool Plains while the last scenes were shot on the Clarence.

In the Colours of New England I talked about the Liverpool Plains. The Picture Show Man captures in film the same colours. Driving as I so often did between Armidale and Canberra through the Western Slopes and Plains, I explored the changing colours in detail,

My New England 3 - rain on the Uralla Road

This painting by Julia Griffin  is called simply rain on the Uralla road. Sadly. I can't give you a link to her work. It has vanished.

For many of us going north to the Tableland, the main road is though Nowendoc and then past Walcha to Uralla. This painting captures a mood and scene that I know well. I really know this road. 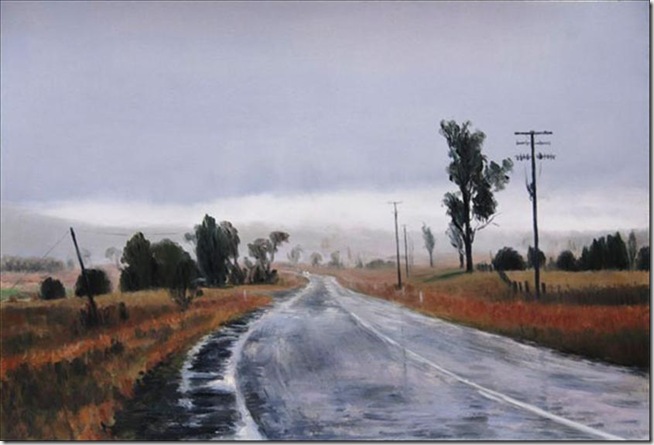 Posted by Jim Belshaw at 6:35 pm No comments:

The Tablelands, Australia's largest tablelands, form the heart of New England. Rivers flowing to the north, west, east and south. Colours change across New England from west to east, north to south, something I described in The colours of New England.

On the Tablelands, autumn is a time of colour because of the introduced trees. This photo from the Armidale Express Facebook page will give you a feel for the beauty. 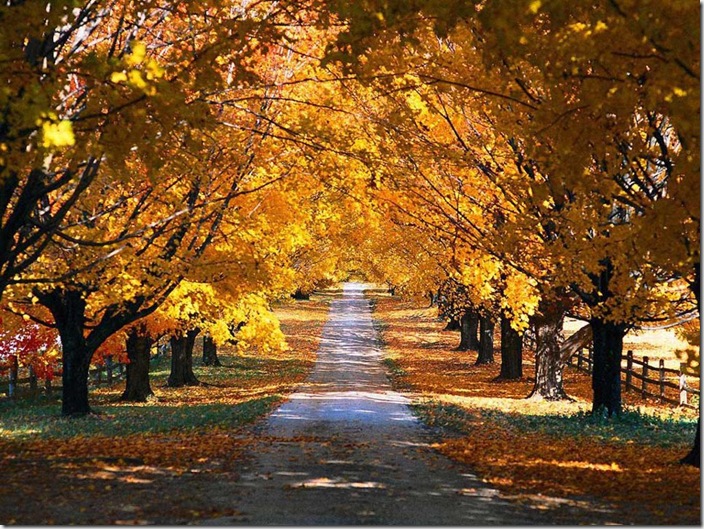 Posted by Jim Belshaw at 4:02 pm No comments:

Email ThisBlogThis!Share to TwitterShare to FacebookShare to Pinterest
Labels: My New England, Tablelands

My New England 1 - horses on a long point

I have been trying to explain to a friend my love of New England. It's hard. So I decided to start a new series that my friend could follow along drawing especially from some of my collected visual material, but not limiting it to that. Further comments follow the photo. 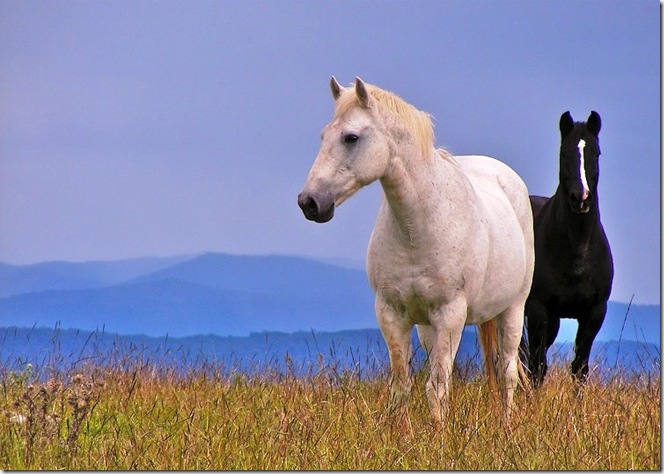 This photo is by my old blogging friend Gordon Smith. It is called secret places, taken to the east of Armidale

This is such a New England scene.  I have stood on or near where those horses are standing. The blue mountains stretch into the vastness. On my last trip to this place, a friend and I stopped for a picnic overlooking a gorge. The view was spectacular.

Posted by Jim Belshaw at 9:35 pm No comments:

I accept that posting on this blog has become sadly irregular. Getting back into the mode, I realised that it had been some time since I ran one of Gordon Smith's photos.

The Nymboida River rises in the the northern foothills of New England's Barren Mountain (1,370 m, 4,495 ft) and then descends 1,250 metres (4,100 ft) over its 165 kilometres (103 mile course). It seems so peaceful in Gordon's photo taken at Nymboida , but parts of this river are a major white river rafting venue. This photo is taken at the little village of Nymboida in the Clarence Valley about  40k south west from Grafton. 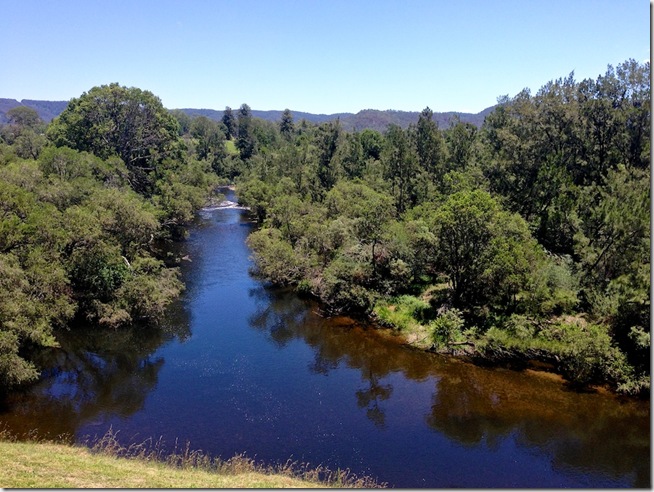