Bias against the bush in Australian refugee resettlement

In November of last year I reported (From Africa's Great Lakes to Mingoola's Field of Dreams) on Mingoola's successful attempt to settle African refugee families. It had been a bit of a battle because of the belief among officials and refugee agencies that refugees had to close to support agencies and that mainly meant the city. I wrote at the time:

In February this year, Armidale was rejected as a location for Syrian refugees on the apparent grounds that the city lacked the necessary support services. I almost went ballistic on this one because the city has very good facilities and access to support. 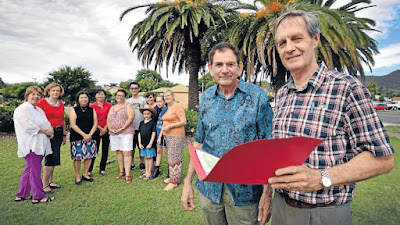 Meantime down in Tamworth, the Syrian Refugee Project began work early in 2016 to create welcoming conditions and supports for Syrian refugees to allow them to settle in Tamworth.


Mr Whitham and project chief Brian Lincoln have even been actively pursuing the issue through the available channels, but so far it has all been to no avail.

“We have written letters and made phone calls asking what is happening and when we can expect to get some refugees to settle – so far there has been no answers coming back,” Mr Whitham said.

“We want to see four families come to Tamworth because we are ready for them now. We could take a dozen families progressively.”

So Tamworth is ready too, but simply can't get an answer. While all this has been going on, it appears that some 4,000 Syrian refugees have been settled in Sydney's Fairfield. This is partly a matter of refugee choices, but I am left with the uncomfortable feeling that we have a clear pattern of exclusion of non-metro options.

Posted by Jim Belshaw at 8:11 pm No comments: 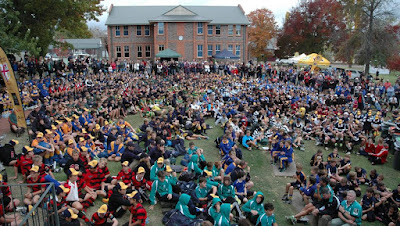 The next TAS (The Armidale School) Rugby Union Carnival, will be held on Saturday 8, Sunday 9 April. Now in its thirteenth year, the carnival has developed into Australia's largest under 12s rugby carnival.

The Armidale Express reports that this year there will be over 900 players from 45 school and club teams grouped into five divisions based on teams of similar ability. Over the two days, 110 games of rugby will be played on eight school ovals, proudly prepared by TAS grounds staff over recent weeks.

While carnival attracts teams from a very wide area including the metros, it especially important for country teams such as the Moree Junior Bulls who have participated in every carnival since its inception.

According to Moree Junior Bulls coordinator Cath Keen, the team loves heading to Armidale to take part in the massive competition.


“It is competition from bigger regional centres, they’re playing against kids from all over New South Wales and parts of Queensland,” she said. “It’s more competition and it’s great for them to see how other kids play and what the standards are.”

At school level, the problem is compounded by the growing gap in pupil numbers between country and city schools. It is very hard, for example, in rugby union to compete against a city school which may have 2,000 boys if you only have 300 or even 600. The problem is further compounded by the growing professionalisation in school sport. Mind you, its not just a problem for country schools. The smaller city schools struggle as well, as evidenced by the problems over recent years in the NSW GPS (Greater Public Schools) rugby competition. .

I think TAS deserves commendation for the way that has been prepared to make its grounds and staff available to support not just regional sporting activities, but also academic and cultural activities.      .
Posted by Jim Belshaw at 11:25 am No comments: