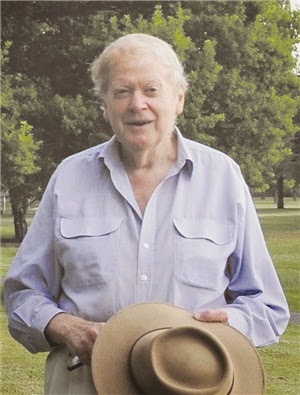 Over on my personal blog, John Ryan appointed Emeritus Professor records my pleasure at the honour rewarded John.

I am presently writing something on the history of history in New England. Triggered partly by the death of Lionel Gilbert, I will bring something up on that later, the short series looks at some of those who have recorded our past. John is one such.
Posted by Jim Belshaw at 9:00 pm No comments:

Growing up in the North - child and young adulthood memories

Growing up in New England – four stories is a note on four writers who grew up in or spent part of their early life on the Northern tablelands - Maslyn Williams, Judith Wright, Binks Dowling and Judith Wallace
Posted by Jim Belshaw at 6:17 pm No comments: 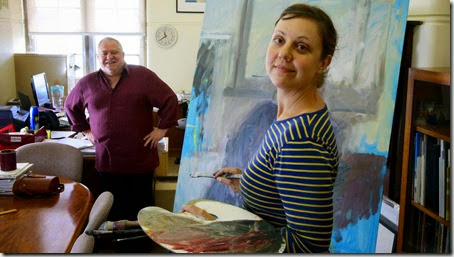 I see from the Newcastle Herald that artist Rachel Milne was painting a portrait of Joe Eisenberg for entry to this year’s Archibald Prize competition.

Joe spent twent years in Armidale, with two children born there as were mine. I mainly knew Joe professionally, but our children were an added link.

Its not all beer and skittles being a director of an Australian cultural institution. Joe did a pretty good job in Armidale  within NERAM’s funding limitations, building the institution’s reach. 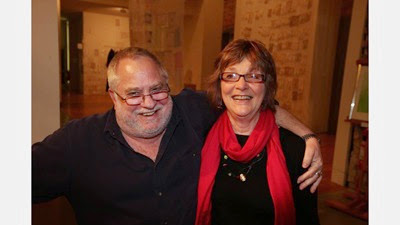 He has clearly done a good job at Maitland, too.

Searching, I found a really good bio of Joe originally published in the Newcastle Herald in September 2012.

This is a photo of Joe with Janis Wilton, his wife. An historian, Janis has done a lot of work on New England's Chinese heritage. This is an example of her work.

It’s nice to write a simple uncomplicated post that brings back memories. Mind you, I haven’t visited MRAG yet. Clearly a gap that some of my Hunter friends will, justly, suggest that I should rectify as soon as possible! 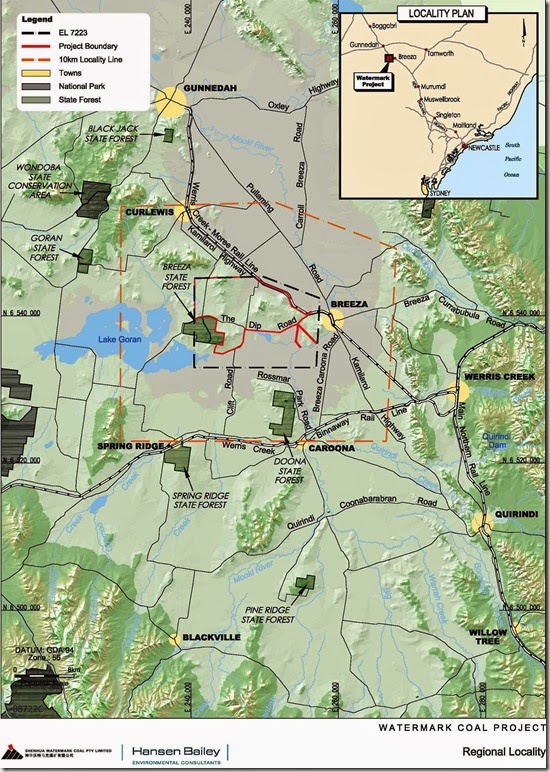 Shenhau is now trying to develop a major coal project on the Liverpool Plains and is facing considerable trouble in so doing.

The company describes the project in this  way.

So it’s not a small project.

Aeons ago, sentiments were deposited in a shallow sea stretching up from the Sydney Basin up into Queensland in a geological event called by geologists the Hunter-Bowen orogeny. The end result was huge coal deposits.

The deposits under the Liverpool Plains form the northern extension of what would become known as the Northern Districts coal fields. These coal fields are important in historical terms for, until quite recently, the Northern Districts dominated Australian coal production. Coal production around  While coal production around Gunnedah was relatively minor compared to the lower Hunter, it has been a significant feature of the local economy. 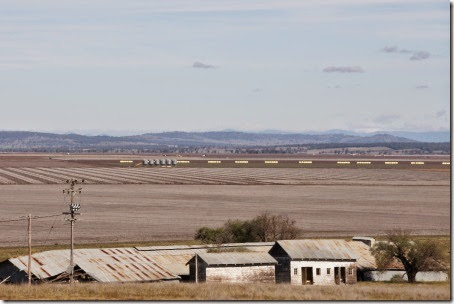 The Liverpool Plains are one of Australia’s premier agricultural areas with significant ground water supplies. The photo shows the country around Breeza. I have to say that it is usually more colourful than this! This looks like drought time.

The combination of large coal deposits and rich agricultural land set the scene for a major battle spearheaded by Tim Duddy and the Caroona Coal Action Group between locals and environmental groups and the Watermark coal development.

Last week the Watermark development was approved by the NSW Government’s planning processes. Federal environmental approval has still to be obtained. Now the stage has been set for a new battle. I will look at this later in the week in my second post in this background briefing.