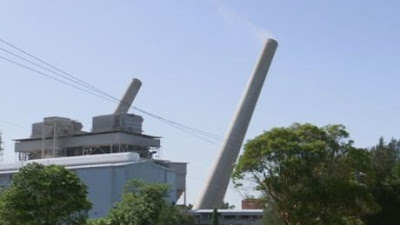 The demolition of the Munmorah chimney stacks was the symbol of an end of another era.

At the time of the new state plebiscite in 1967, Vales Point  was included in the southern end of the New England boundaries which included the Lake Macquarie catchment. One of the vexed issues at the time was the price to be placed on NSW assets in New England, how much debt the new state should have.This would have become a bigger issue with the construction of the other stations.

That is now all water under the bridge, of course. Still, it somehow seemed appropriate to record Munmorah's passing.
Posted by Jim Belshaw at 9:22 pm No comments: Links to this post 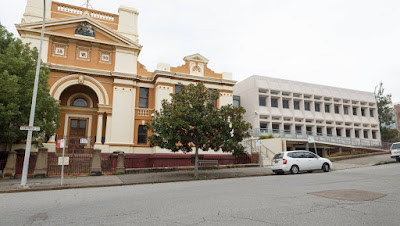 According to the Newcastle Morning Herald, Japan's Nihon University has chosen Newcastle as its first bricks and mortar university in Australia.

If you read the tone of the editorial, you will see that the paper is playing it's role as Newcastle's booster. I have no complaints with that, and indeed it is a sign of Newcastle's progressive maturation.

Newcastle has always had its own character, but for too long its been under the shadow of Sydney, a lesser city often ignored and indeed subsumed into a strange entity called Greater Sydney. It's been interesting watching the changes in the city over the last few years, including the growing role of the University of Newcastle in supporting change.

As the editorial notes, Nihon will add to Newcastle's depth without distracting from Newcastle Uni.
Posted by Jim Belshaw at 10:40 pm No comments: Links to this post 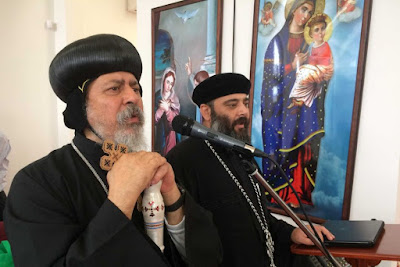 I am constantly fascinated by the diversity of life across Northern NSW, the broader New England. A case in point is the opening of the St Mary and St Pope Kirolos the 6th Coptic Christian Orthodox Church in Cundletown as reported by Emma Siossian for ABC Mid North Coast.

The Copts are one of the oldest Christian groups in the Middle East and still constitute a significant minority of the Egyptian population.. The Coptic Orthodox Church  is one of  the orthodox churches that formed in what was then the Eastern Roman or Byzantine Empire during the schisms that marked the early Christian Church. I have read a little of Byzantine history, including the religious disputes, and find the whole thing remarkably complicated! 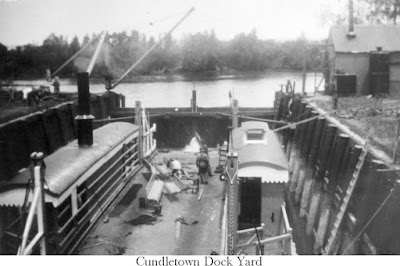 Cundletown near Taree in the Manning Valley lies a long way from Egypt. While young by Coptic standards, Cundletown is a historic village in its own right with its colonial remains.

The linkage between the Cundletown and Coptic Egypt is provided by Dr Moheb Ghaly, a long-time Manning Valley surgeon born in Egypt.

Over very many decades, the combination of political instability with religious persecution led to the emigration of many Egyptian Copts, some of whom settled on the North Coast. Like many other Copts, Dr Ghaly used to travel to Sydney for services. Now he worked to establish a church where local Copts could worship. 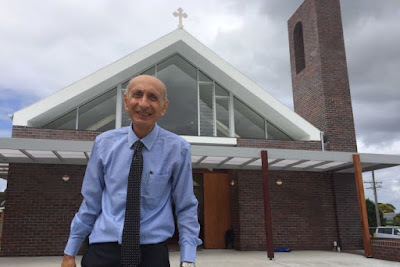 Local resident: "This will bring more people and families to the area. It's our community, it's us, it's our identity."  Dr Ghaly outside the new church.

I have no doubt that the new church will assist in attracting new Egyptian Coptic residents. There is now a long history of such chain migration in New England including the Germans and Scots that came to New England from the 1840s-1850s and then, much later, the Indians who came to Woolgoolga

At a time when many parts of New England are struggling to attract people, when it's just so hard to get people to move from the metros, the creation of such community infrastructure, the welcoming of new people, is important in attracting new residents who, in turn, will attract new residents.The North gains from increased population and from added diversity to New England life.   .
Posted by Jim Belshaw at 11:30 pm No comments: Links to this post

New natural history museum adds to Armidale's attractions and diversity - but can we fix Beardy Street? 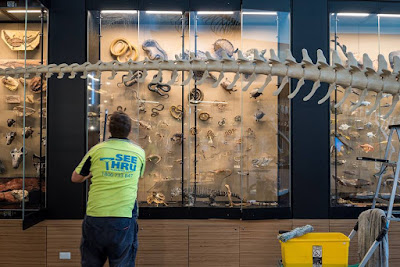 The University of New England's new natural history museum is about to open.

Announced back in June 2015, the museum is intended to be a showcase of a new $27 million Integrated Agriculture Education Project precinct. The museum features the skeleton of a carnivorous dinosaur, and a diverse collection of animals, plants, and meteorites, building on the collection previously held by the Zoology Museum.

Armidale has two main museum/cultural precincts. The first centres on Kentucky Street in the south of this city and includes the New England Regional Art Museum (photo), the Armidale and Region Aboriginal Centre and Keeping Place and the Heritage Centre. The second covers the museums and displays at UNE to the north-east of the city. 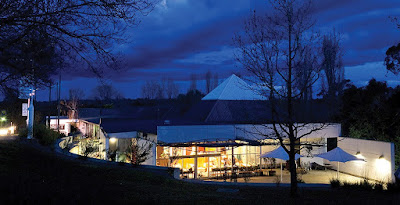 These are not Armidale's only museums and cultural centres. The Armidale Folk Museum in the centre of the city is one of the oldest and best folk museums in the country.

I still live in hope that Armidale Regional Council can revitalise the centre of the business district with its bookshops, cafes and galleries. Poor planning decisions over a long period have fragmented the small CBD, turning it from a vibrant centre to something of a desolate pedestrian absent zone dominated by relatively small shopping malls at each end.

Beardy Street is the heart of the old Victorian city that constitutes one of Armidale's architectural gems. It should be the heart of the city, providing a central point for visitors and locals alike, a starting point for all the other attractions.

Posted by Jim Belshaw at 2:22 pm No comments: Links to this post