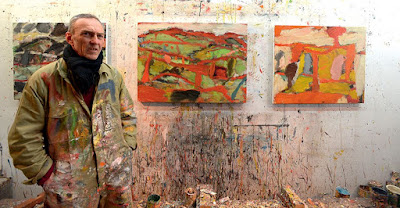 Monday 20 November 2017. With financial support from The Greater Bank, the New England Regional Art Museum (NERAM) took a large group of volunteers down to Walcha to experience that town’s artistic development.

Hosted by leading Walcha artists, the visit was organised by NERAM as the annual excursion for the volunteers who support NERAM’s operations, providing them with an opportunity to meet local artists and see how they work in their studios. NERAM’s Robert Heather records:


“This year with the support of a donation from The Greater Bank we could organise a much bigger bus to carry everyone from Armidale down to Walcha where we could visit the artists in their studios, take a walking tour through the Walcha Outdoor Sculpture Gallery and have a great day in a beautiful location.”

The story in the Walcha News (NERAM Volunteers visit Walcha for an artistic journey) provides a very good overview of the visit. The photos by Darrel Whan are especially good. When you look at the story, do browse the photos. I would love to have been on that trip.

To add to the story, I thought that I would tell you a little about Walcha and its artistic life.

Walcha lies in the Southern New England Tablelands, You can reach it from Tamworth (around one hours eleven minutes), Armidale (52 minutes), Gloucester (just under two hours) or Port Macquarie (two and a half hours). It’s far enough away from bigger centres to preserve its own sense of identity and remoteness, close enough that Walcha people can visit many places including the beautiful national parks near the town.

The distance is important because it has both limited the town’s growth and created a sense of distinctiveness.. The big pastoral families that dominated the town’s early growth were always seen as distinct, snobbish even, compared to those to the north.

At 1,067m, 3,501 ft, Walcha’s climate is cool, sometimes cold. This plus rain makes it a fertile area for both cattle and fine wool merino.

Like many New England towns, Walcha went through a period of decline as economic forces worked against country growth. Then decline stabilised and slow growth began again. All this makes it an unlikely place to become a significant artistic centre. However, the town has also been quite an entrepreneurial place over an extended period. 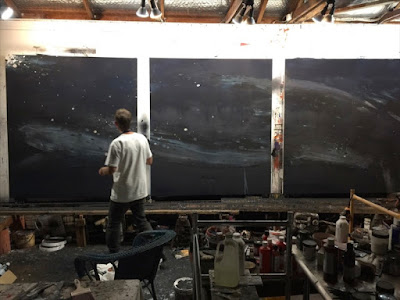 Two things seem to have contributed to Walcha’s artistic growth.

The first was the decision by children of local families including Ross Laurie and Angus Nivison to practice their artistic craft there. The second was the decision by prominent sculptor Stephen King and his partner painter Julia Griffin to establish their base there.

In 1996, Stephen approached Walcha Council asking it to collaborate with him to create a fountain sculpture for McHattan Park in the centre of town. The decision to accept his offer and install Walcha's first sculpture lead to the suggestion by Council to form the Walcha Arts Council to facilitate an ongoing public art program. 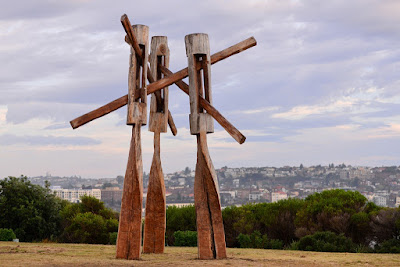 A plan was conceived and drawn up by the Walcha Arts Council and was adopted by Council into its 1998 Management Plan. The result was the Open Air Sculpture Gallery. This now consists of 49 different pieces of art situated all around the town.

In parallel, other artists were drawn to the town including Kate Durack, Paula Jenkins, James Rogers and Myf Gulliver. A gallery, the Walcha Gallery of Art, was established to provide a local base for the growing artistic community.

I don’t have the knowledge to describe them all nor the resulting work, beyond noting that they have established distinct styles that reflect local conditions as well as broader artistic trends. I have talked about Julia Griffin’s work before. 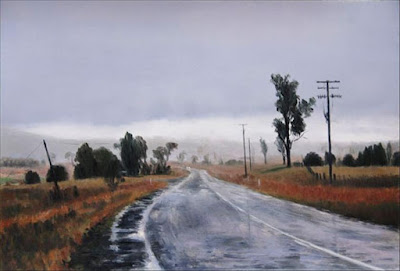 There is a real story here, one that that deserves broader national coverage.

To do it myself, I would need to immerse myself in Walcha, soaking up life, atmosphere and style.