Update on the Warrumbungle fires

In Warrumbungle Pilliga Fires, I provided a link to Amanda Bauer's story of the Pilliga fires. She has been adding to the series, so I thought that I would provide you with a full list. In order, they are:

In her last post, Amanda provided a link to Robert H. McNaught's The Saga of an Astronomer's Hat, a personal story of a hat and the fires. The photo shows Tanya Smith, Rob McNaught, and Shanna Smith standing by their destroyed house.

In my last post, I included a dramatic photo of the coming fire storm looming over a house. That house actually survived the fire. Many others were not so fortunate.

Posted by Jim Belshaw at 9:37 pm No comments: Links to this post

Kwong Singh and the story of New England's Chinese community

My old friend Mark posted this story, Kwong Sing - Glen Innes. This is a modern photo from that  post of the Kwong Singh building in Glen Innes. Note the amalgam of styles.  Mark's post reminded me that it was time for me to pull together the stories I have written on New England's Chinese community. But that will have to wait for a little. 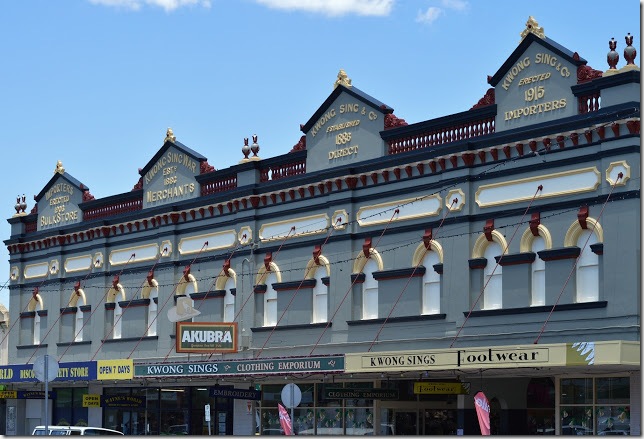 Posted by Jim Belshaw at 10:37 pm No comments: Links to this post

The first post for the new year. As I write, a huge bushfire that began in the Warrumbungle National Park has been burning its way north. This is one shot from ABC News coverage of the fire. 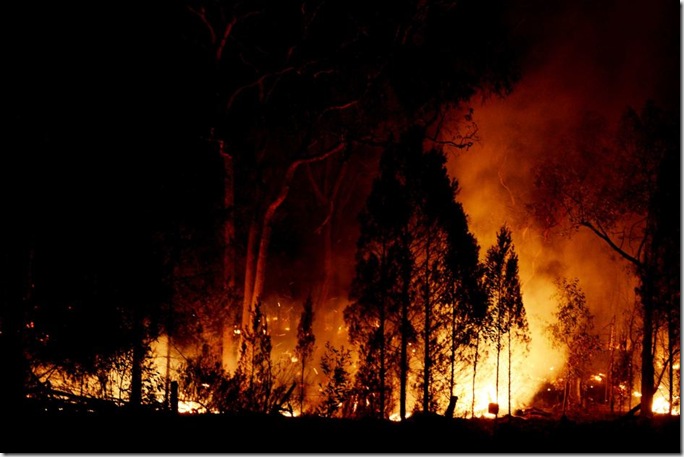 As you can see from the photo, this is a very hot fire. There have been some amazing scenes recorded of fire storms.  This next shot, again from the same ABC News Story shows the fire moving through the thick scrub. 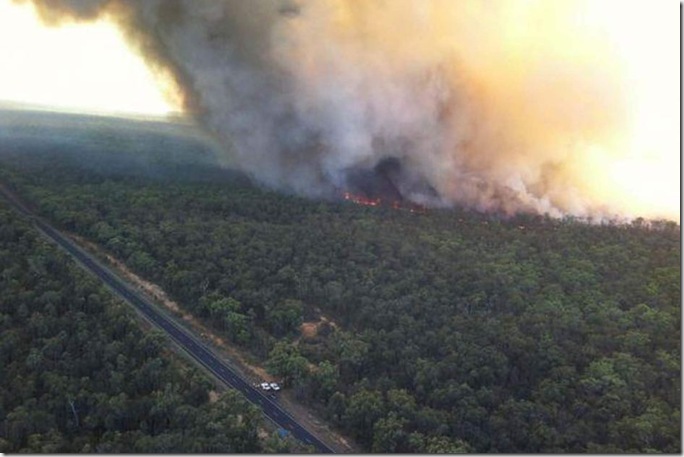 Back in 2006 in Pilliga Fires, I talked about the changing pattern of fires in the area. As it happens, I was re-reading Eric Roll's A million Wild Acres just before Christmas.

Now have a look at that road. In a hot fire of this type there is no where for animals to go. Kangaroos gathered on roads and tracks to escape the fire and were literally baked to death.

Once the fires are over, I will revisit that earlier discussion.

Gordon Smith sent me links to two very interesting blog posts providing insights to the impact of the fires on the observatory at Siding Springs. They are:

Meantime, regular commenter kvd sent me a link to this photo by Narrabri resident Mark Barrow reproduced in the Sydney Morning Herald. As kvd said: Can't get this picture out of my head. The small object in the foreground is a house. That would fit my definition of catastrophic. The SMH story is worth reading. 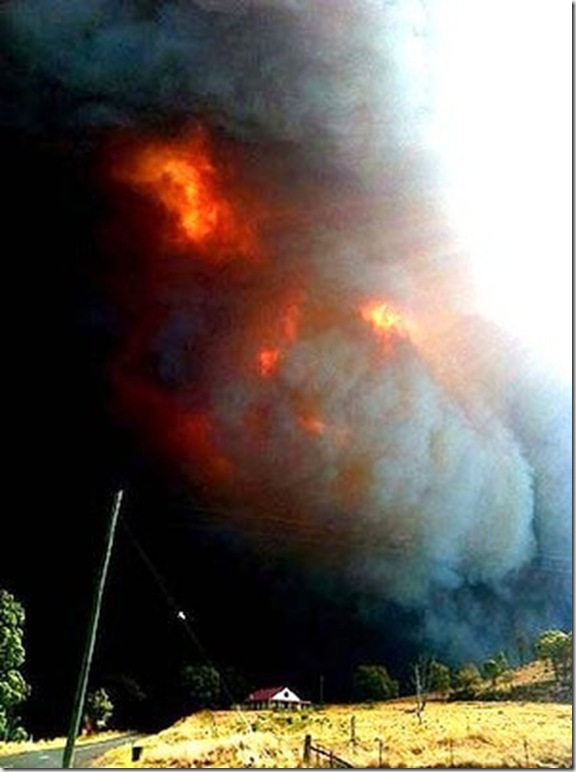 Posted by Jim Belshaw at 6:46 am No comments: Links to this post