Today, just a few round-up shots of ANZAC Day across the New England. This is ANZAC Day in Walcha. 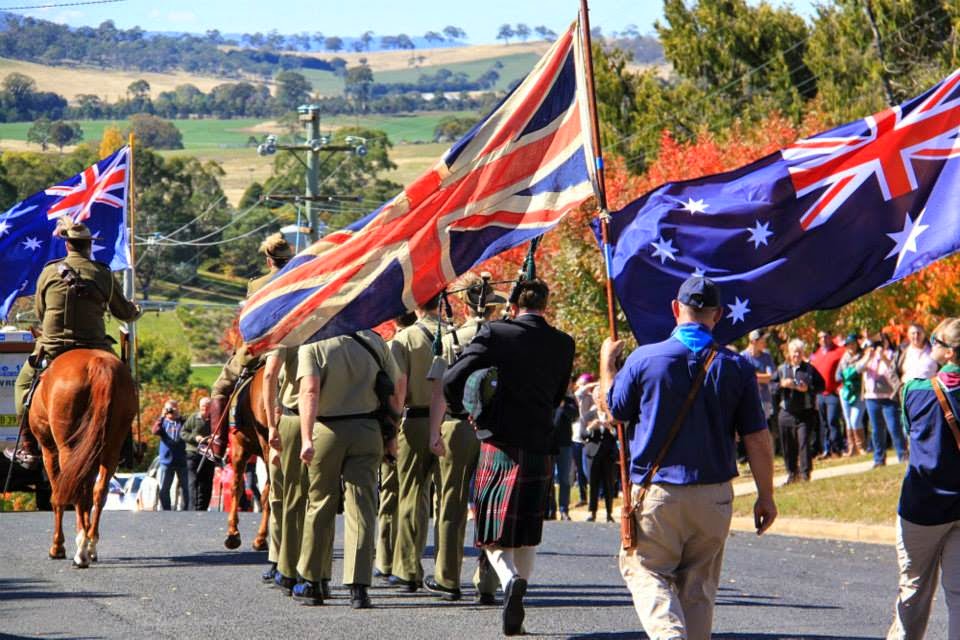 And this is ANZAC Day in Armidale.The TAS cadets march. 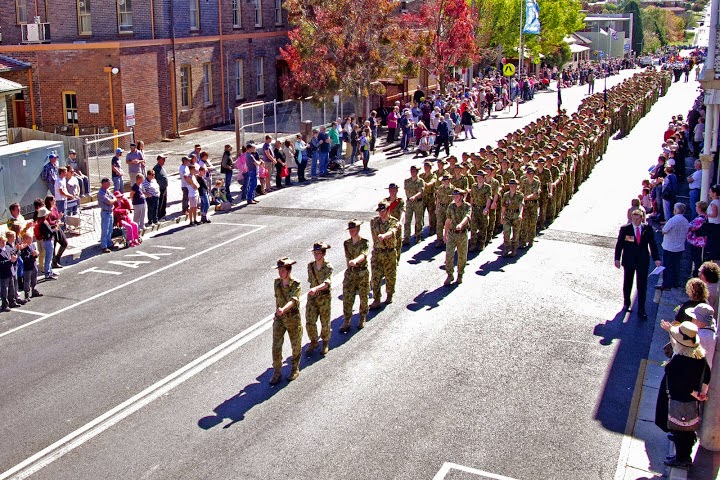 And this is the service at Dangarsleigh south of Armidale. Again, TAS cadets. Those boys get around! 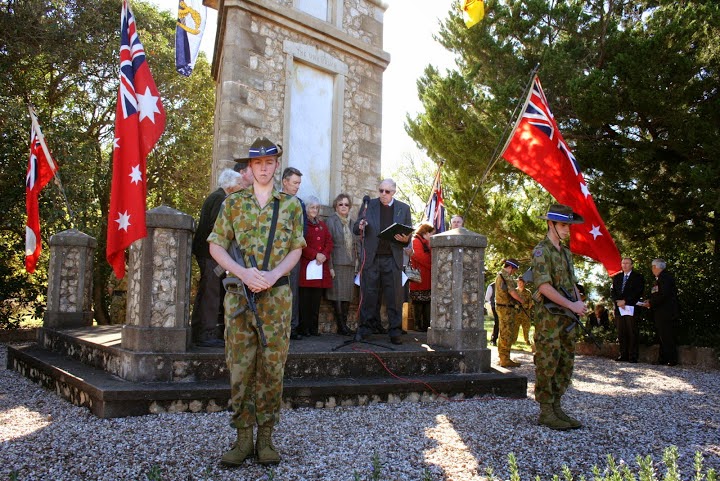 And this is Inverell 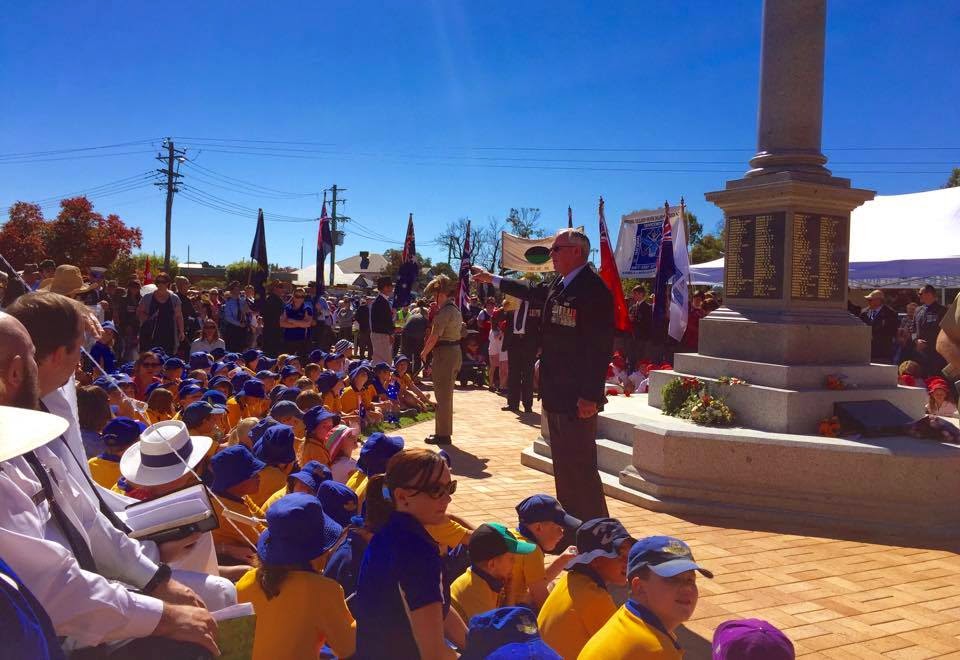 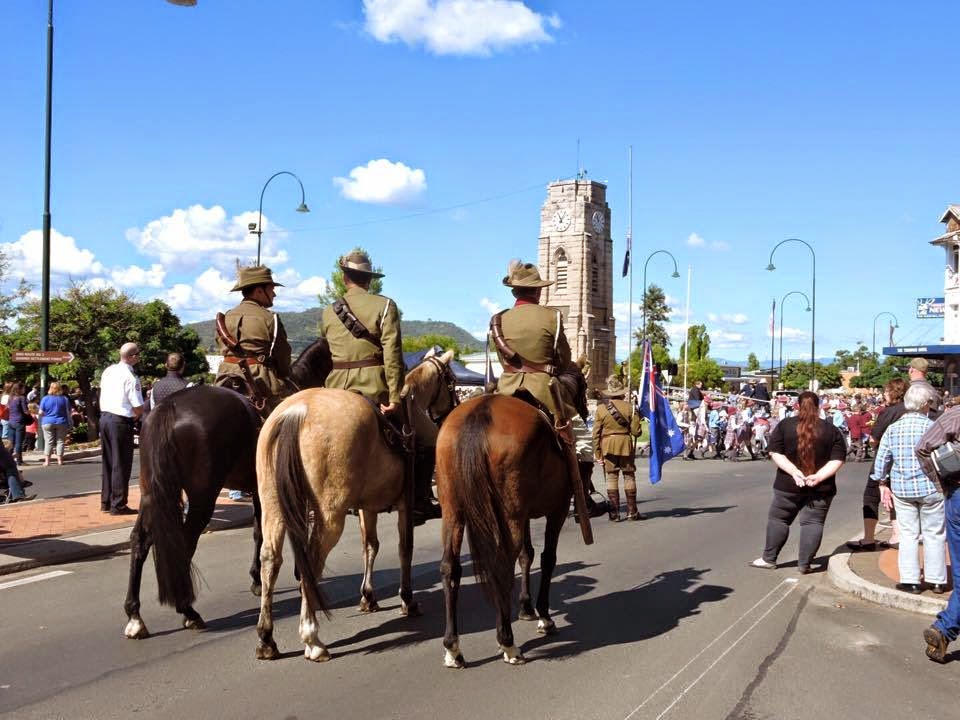 Finally, the dawn service in Manilla. 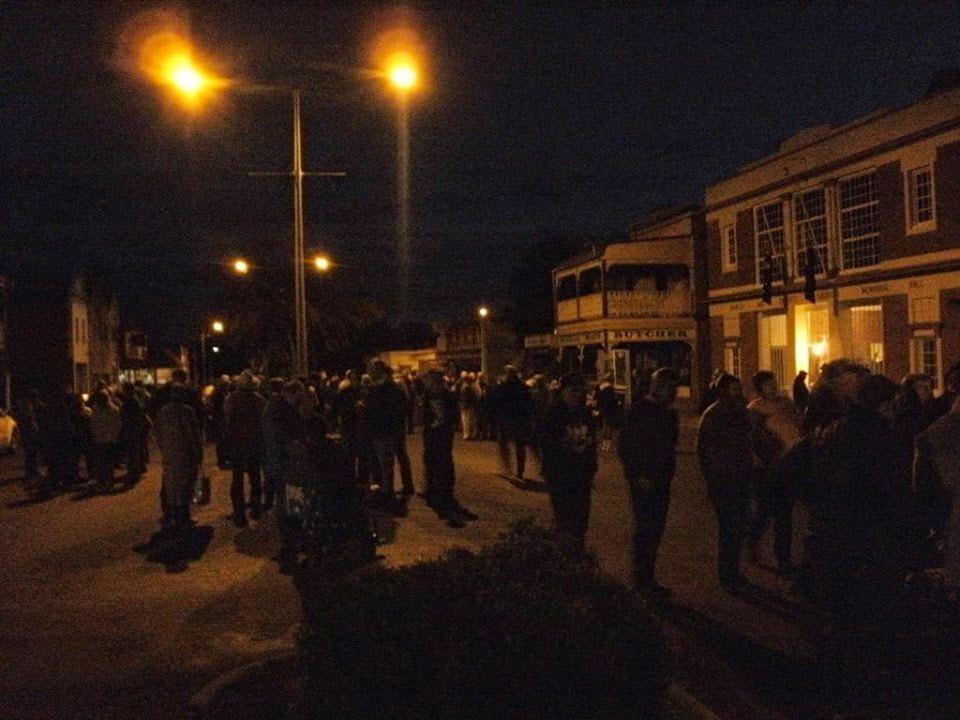 My thanks to TAS, New England High Country and ABC New England North West for these shots.
Posted by Jim Belshaw at 8:16 pm No comments:

This one isn't cheap but sounds rather fun.

On Tuesday 2 June, chefs from the Hunter Valley will take on newcomers from Canberra and the Southern Highlands in the Hunter Culinary Association's 6th annual 'Food Fight'.

Hosted by celebrity Chef, Matt Kemp, the event will pit the two competing teams against each other as they push themselves to create the best 3-course lunch the regions have to offer. Dishes will be made only from the freshest, locally sourced ingredients and the passion of the Hunter Region and Canberra/Southern Highlands teams will be served on the day. These creations will be presented with an array of matching wines by leading Hunter Valley Wineries.

Guests will judge each of the six dishes, and cast their votes to crown one team the winner of the 6th annual ‘Food Fight.’

Celebrity chef Matt Kemp will use his knife-sharp wit and vast knowledge of food to entertain and delight, whilst also hosting a worthy charity auction. The auction’s proceeds will go towards the Brett Graham Scholarship and other initiatives that focus on the growth and development of the region’s young culinary talent.

I said it wasn't cheap. The price itself is okay. Luncheon costs $120 for Hunter Culinary Association members, $160 for non-members, and $70 for apprentice chefs. That's not too bad. But to really enjoy yourself, you need to stay overnight at the venue, the Crowne Plaza Hunter Valley. Who want to drive after a hopefully extended lunch?

To avoid missing out on this clash of the culinary titans, book early and RSVP to Kirsty on mail@hunterculinary.com.au by Friday 15th of May.
Posted by Jim Belshaw at 10:24 am No comments: 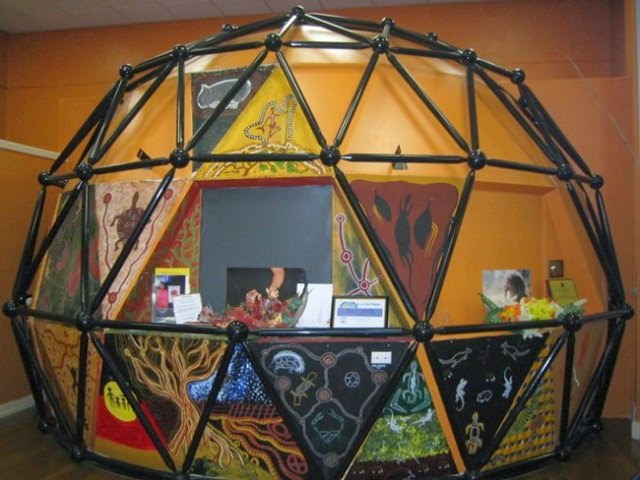 Looking back, I first mentioned  the troubled Dhiiyaan Indigenous Knowledge Centre in Moree back in 2008 when as the Indigenous it was part of the is part of the Moree based Northern Regional Library & Information Service. I said then that its web site had some useful material, including photographs.Sadly, that's gone,

In 2009, I reported on the problems the Centre was having. I said then:

At present, the Centre is part of the Northern Regional Library & Information Service and is based in Moree, servicing the shires of Brewarrina, Gwydir, Moree Plains and Walgett. Included within these shires are a substantial number of Aboriginal settlements. They include; Boggabilla, Boomi, Brewarrina, Collarenebri, Mungindi, Toomelah, Walgett and Moree itself.

The plan now is to develop it into a larger stand-alone entity.

I do not know whether or not the Centre is unique in Australia. I do know from my web searches that it is unusual because of its focus (among other things) in helping Aboriginal people trace their families.

The Centre lies at the heart of Kamilaroi territory, but extends beyond this.

My only criticism of the Centre's Mrs Noelene Briggs-Smith and her supporters is that their vision is arguably too narrow, too local. Here I am thinking not so much of services, but of the support base.

My feeling is that the Centre should be selling itself more broadly, seeking to attract support not just from the Moree area and State Government, but also from interested people elsewhere in New England and beyond.

Now, finally, I see that the the future of the Dhiiyaan Indigenous Knowledge Centre in Moree appears to have been secured with a $495,545 Clubgrant for renovations to the building housing it. Clubgrants are administered by Clubs NSW, the peak body for registered clubs in NSW and are available to community groups, charities and sporting teams across NSW. Last year, more than $100 million was allocated to worthy causes by Clubgrants. Yes, I know that's a plug, but I am happy to provide it!

The funds will be used for a total refurbishment of the Moree War Memorial Hall including purpose-built archival rooms, a new common entrance foyer, new offices and galleries, carpets, painting, furniture and fittings.

The existing amenities will be upgraded to include disabled facilities and an access ramp.

Moree Plains Shire Council has also kicked in with $306,900 to the project for first stage capital improvements and ongoing management costs.

The building previously housed Moree’s public library with Dhiiyaan as part of its facilities. Dhiiyaan was developed over many years by Noeleen Briggs, Moree Elder and former Indigenous Librarian Auntie, who bartered for people’s family documents, obtained grants to buy books on Indigenous history and culture and arranged for object loans from the Australian Museum.

When the library moved into a purpose built space several years ago, the local Aboriginal community feared the Dhiiyaan Centre would be dismantled with the books dispersed to regional libraries and the objects returned to the Australian Museum.

The stress of losing the centre took a personal toll on Auntie Noeleen who has since retired but not before intensive lobbying that eventually saw Arts NSW provide the State Library with $200,000 towards collection evaluation and preservation and assistance with transition to an independent organisation with the support of Moree Shire Council.

Chris Binge started this month as Manager of the centre and expects the staff to grow to five in the next few months.

They will oversee 100,000 genealogical records of local families including databases, significant objects, photographs and burial records. The team will also begin negotiating with the Australian Museum for the return of the historical objects.

Museums & Galleries of NSW is supporting the Dhiiyaan Centre with its Travelling Places program this year, which seeks to embed skills for the development of a digital Keeping Place within the community.

That's all good news. Hopefully, the centre will grow it's broader role to benefit all those with Kamilaroi connections or interested in the Kamilaroi and in so doing also aid the promotion of Moree.

Another story on the work of Noeleen Briggs - Moree Aboriginal researcher finishes 20-year project. Notice two name spellings, of Noeleen though. Are there two?.
Posted by Jim Belshaw at 8:11 pm No comments:

This chart comes from the Newcastle Herald. Brief comments follow the graphic.

The story reports that the median house price in Newcastle have grown faster than in every Australian capital city over the past five years. It also reports that house prices in Upper Hunter coal dependent towns have collapsed.

Have a look at the story. What do you think? Surely the results are not surprising.
Posted by Jim Belshaw at 7:56 am No comments: