Over on Personal Reflections I will be running a Monday Forum session on the Federal Government's school funding changes. This includes a cut to university funding. Here I just want to record the UNE response circulated in a staff email at 4:26 this afternoon.

Analysis will follow later. I do not know at this stage the Southern Cross or University of Newcastle responses.

On the weekend the University sector was blindsided by substantial funding cuts by the Federal Government.

The so called “efficiency dividends” on Universities over the next two years are to fund school reforms.

Our initial estimate is that the direct cost of these measures will be a cut in funding to UNE of $2.1 million next year, rising to $3.6 million in 2015.

However the indirect costs, such as a reduction in student demand given the removal of start-up scholarships and the removal of the upfront HECS payment, will make that figure even higher.

I find this a very difficult announcement to accept. Last year we were encouraged to take in much larger numbers of students and, after doing just that, are now told that we must also accept a reduced price.

It is like Australia selling coal to China at one price and when it arrives, China decides it won’t honour the price. This is not something any commercial business would tolerate, but it is the situation in which  Universities now find themselves.

UNE is in a more fortunate position than most universities because we have fought ourselves into a relatively healthy financial position. This will allow us to absorb some of the funding cuts, but in the face of a 7% annual pay increase claim from the National Tertiary Education Union and with CPI running at a little under 3%, eventually UNE would go into deficit.

I have asked the Chief Financial Officer to model the effects of the weekend announcement and to re-evaluate the major capital works program , including the college redevelopment, which we were about to undertake.

Also I cannot entirely rule out that the prospect of staffing and program cuts, but we will do everything we can to avoid this.

When UNE formulated its Strategic Plan in 2011, we recognized that we were too reliant on Federal Government funding and began making moves to diversify our business model.

If ever we needed confirmation that this is an urgent priority, then this latest government announcement must be it.

Posted by Jim Belshaw at 7:47 pm No comments:

My thanks to Greg Howell for this one.

just heard O'Farrell on the radio claiming that there is no money for the Art Gallery and that the city should work out what it wants first.

Or you could simply trim the $1bn Opera House refurbishment budget by a tiny 0.7% and direct the savings to the Newcastle Art Gallery. Not an option? Think creatively Baz - I am sure that you could find $7m from somewhere in NSW $60bn a year budget. That is a tiny 0.01% of NSW spending.

Oh that's right - not an option because it isn't in the capital is it?

Newy put it this way:

He has a hide showing his head anywhere north of Hornsby. $770m program? On a proportional basis that would mean that about $70m of that money should be spent in the Hunter. What have we got - Cardiff supposedly $14m. That is a $56m shortfall. That is just the tip of the funding shortfall iceber (arts, sports etc).

The Hunter and the north generally need to secede from NSW and form a independent self governing state. Tell O'Farrell and his Sydney centric cronies to rack off until they can divvy up the pie equitably - in other words rack off for good because we know that will never happen.

I agree 100% with Newy that we should secede and become our own independent state. How to go about it is a problem as it was in the late 60's when Askin would not let this "milking cow" go on it's own.

Cardiffresident was not impressed with Newy:

Some people would even complain that the lump of gold they inherited was too heavy to lift.

It's interesting how this low level discontent, the support for self government, just keeps bubbling away. I have been following it now for a number of years, and its a constant thread. 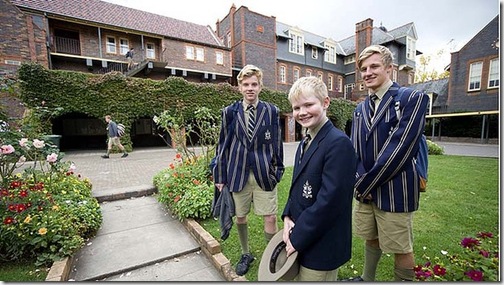 Armidale is the biggest biggest boarding school centre within New England. At its peak, five schools offered boarding facilities, while kids going to Armidale High School could board at St John's Hostel not far from High. Boarding was a major contributor to the city's economy.

When I went to TAS, the school had over 300 boarders, along with a small number of day boys. Our sister school, NEGS, was totally boarding. If you wanted to go to NEGS you had to board even if you were a local. Kids came from all over, including a number of Sydney kids.

At term end, the boarding school trains north and south would wait at Armidale railway station while kids watched by teachers scrambled aboard. These were regular services, there were other passengers, but returning borders predominated. As the trains pulled out, the teachers would leave with a sigh of relief. On the trains, compartments suddenly became mixed as boys and girls joined each other. Cigarettes were lit and parties began.

As a dayboy, I only went on the trains once when going to spend a holiday at a friend's place. Shy with girls, it was on this trip that I met my first real girlfriend.

As it turned out, this was Armidale's boarding peak. Social change reduced the number of parents wishing to board, the education side of the baby boom came to an end and more city schools developed boarding facilities. In Armidale's case, there was further damage from subsidies provided by the Queensland Government to aid country families to send their children to boarding school. You had to go to a Queensland school to get the subsidy. The previously large number of Queensland boarders went into sharp decline.

Armidale boarding survived this economic and social storm, if only just. The number of boarding schools fell from five to three, but boarding continued. Now the numbers are increasing again. At TAS for example, the number of boarders is now over 200. This is still well below the peak, but the trend is up.

I spoke of the boarding school trains. More broadly, many of the published New England biographies refer to travel to and from Armidale whether to school, teachers' college or university. It's a small part of the broader New England social history.

Sniffyness abounds in New England - Joyce, Windsor, Torbay, Katter and McIntyre - and the Express has fun!

My colleagues at the Armidale Express are having a lot of fun in the present political environment. Its all remarkably incestuous! 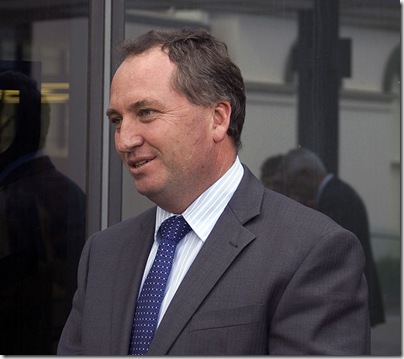 Barnaby Joyce (born Tamworth, grew up at Woolbrook , educated at the University of New England where he met his wife) has been in the city seeking National Party preselection for New England in the place of  Richard Torbay, allowing his photo to be taken outside the Wicklow, the pub where he used to be a bouncer while studying. In doing so, he reassured the Express's Matt Nicholls about  his love for New England. I'm not going to knock that. Look at me, and I presently live in Sydney!

This photo of Barnaby, by the way, is not outside the Wicklow.

Tony Windsor (born Quirindi educated Tamworth and the University of New England and independent member for New England) has all been a little miffed about this, making his views clear. He wasn't impressed when Barnaby first indicated that he would like to run to the Nationals as a way of transitioning from the Senate to the House of Representatives, less so when the National decided against Barnaby and instead encouraged Richard Torbay to jump from his position as independent State member for the Northern Tablelands to run as National's candidate for New England.

Meantime, Richard' Torbay's sudden demise has been occupying newspapers across Northern NSW. I am still updating my post on Richard, with some more links to go up tonight.

But wait, in all this, there is more.

North Queensland independent Bob Katter was also in Armidale at Christmas time visiting his daughter, son-in-law and grandchild. Is there anyone who doesn't have an Armidale connection? Now another story by Matt Nicholls suggestss that Mr Katter is looking for a New England candidate for his new political party and making some very sniffy noises about Me 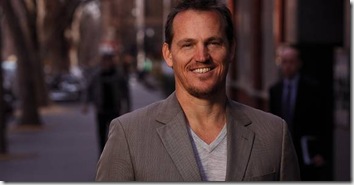 To add absolute icing to the cake, Setphen Jeffery reports in the Express that Pinkett raised (Pinkett is near Glen Innes) motivational speaker, entrepreneur and local landowner Jamie McIntyre has announced the formation of a new political party the 21st Century Australia Party and also plans to run against Mr Windsor in New England. Mr McIntyre has, it appears, been making extremely sniffy noises about Mr Windsor for some time.

See why the Express is having fun?! I have been too!

Posted by Jim Belshaw at 7:55 pm No comments: