Polling shows Coalition ahead in NSW, but suggests Labor to win Ballina 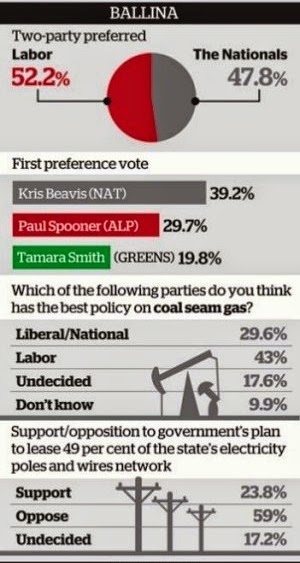 The latest Fairfax/Ipsos poll shows the Coalition leading Labor by 54 to 46 per cent on a NSW state wide two-party-preferred basis. With the Coalition apparently set to win, the focus has now turned to individual seats that might change with a special focus on the National held Northern Rivers seats of  Ballina, Lismore and Tweed where the backlash against coal seam is especially strong.

Recent Reachtel polling suggested Labor is set to win Ballina, despite a National's margin of 24.6 per cent. An interesting feature of the Ballina poll is the shift in the Green/ALP vote. At the last elections, the collapse in the ALP vote saw the Greens out vote Labor. Now the Green vote is slightly down, while the ALP vote has resurged.

Outside the Northern Rivers, Tamworth is another electorate where environmental issues are important. Here the Green vote has traditionally been very low. The main interest in Tamworth is whether or not independent Peter Draper can regain the seat he lost at the last state election.
Posted by Jim Belshaw at 5:51 am No comments: 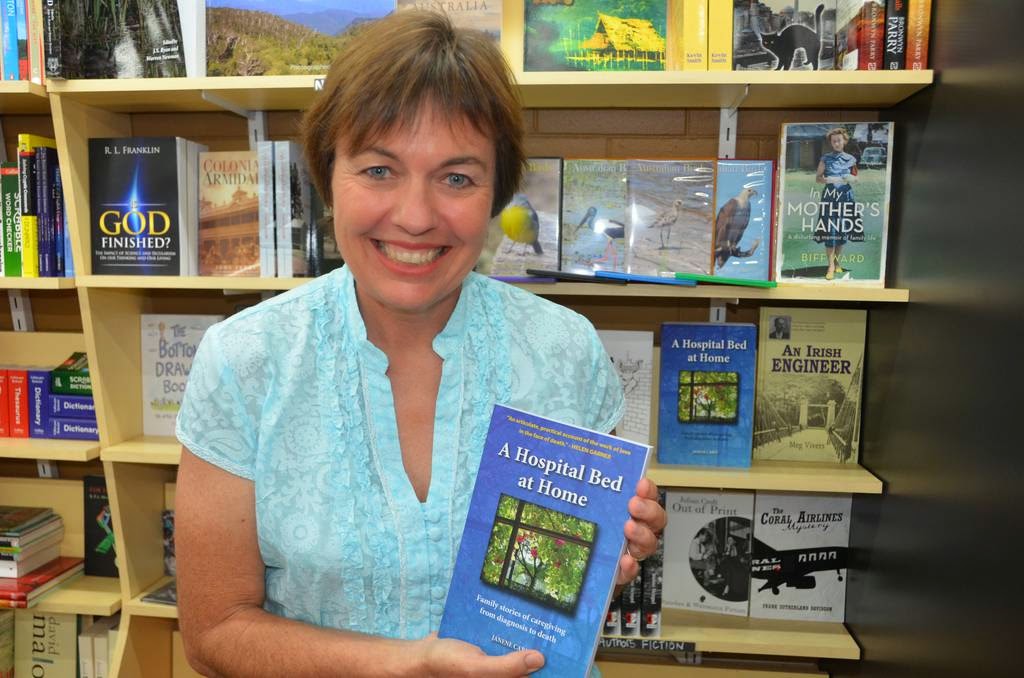 Following publication of her latest book, A Hospital Bed At Home which attracting praise from author Helen Garner, .Janene hopes to take on the enjoyable yet daunting challenge of collating the stories behind the region’s greatest writers.

The new project will be in collaboration with the New England Writer’s Centre, and aims to showcase writers who have portrayed the region and its people, as well as writers nurtured here who have achieved fame elsewhere.

“It’s not going to be a scholarly book, it’s for a general audience,”Janene said. “So there will be anecdotes and snippets of [interviews] and hopefully [it] will be written in a colourful, engaging way.” From my viewpoint that's a good thing, for it will help give us the back story to the writing itself.

One of the people Janene would like to interview is Shirley Walker whose book, The Ghost at the Wedding, won the 2009 Asher Literary Award. 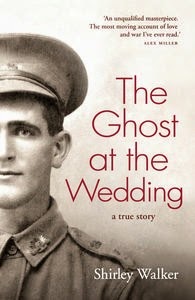 I haven't actually read Shirley's book. I have to say that it sounds interesting from the Penguin blurb.
"Three generations,two world wars,one family
The young men who worked in the canefields of northern New South Wales in 1914 couldn't wait to set off for the adventure of war. The women coped as best they could, raised the children, lived in fear of an official telegram. They grieved for those killed, and learnt of worse things than death in combat. They bore more sons to replace those lost, and these were just the right age to go off to the Second World War.
The Ghost at the Wedding chronicles events from both sides of war: the horror of the battlefields and the women left at home. Shirley Walker's depictions of those battles – Gallipoli, the Western Front, the Kokoda Track – are grittily accurate, their reverberations haunting. Written with the emotional power of a novel, here is a true story whose sorrow is redeemed by astonishing beauty and strength of spirit."
So much to read!

This is the way that Janene wrote of her contact with Helen Garner on her blog. I have taken the liberty of quoting the piece in full:


Last week I went to a couple of public events connected with the Association for the Study of Australian Literature conference at the University of New England. Iconic Australian writer Helen Garner was a special guest. I spoke to her after a lecture on Judith Wright, and gave her a copy of A Hospital Bed at Home. As homage, really. I love her writing, especially The Spare Room.

The next day, I went along to the other public ASAL event, Helen Garner in conversation with literary critic Susan Lever. When I arrived for the pre-talk refreshments, Anne Pender from UNE was chatting to Susan Lever, and she introduced us. Susan’s first words to me were, “Oh, are you the Janene who gave Helen a book? She’s been telling me all about it; she’s been reading it all day!”

When I spoke to Helen before her talk my head was spinning so much that I can’t even remember exactly what her compliments were. She said something about the clarity and directness of my writing, and the way the emotion was handled. I suggested that she’d had a strong influence on my style and she laughed and said, “That might be why I like it!”

Anyway, this week I plucked up the courage to contact her through her publisher and ask if she would consider giving me a quote for the cover. I thought it quite likely that she would refuse as she must be asked so often. But she emailed it to me within a couple of hours of receiving the request. Actually, I have two – what she sent would fit on a back cover, but I was keen to have it on the front, so she allowed me to trim it.

So the front cover now says: “An articulate, practical account of the work of love in the face of death.” – HELEN GARNER.

The longer version that has gone online is:

“A quietly articulate, intensely practical account of the work of love in the face of death: a guide for the timid and a challenge for the confident.” – HELEN GARNER (Author of The Spare Room)


You can see why Janene was chuffed. By the way, if you want to buy A Hospital Bed At Home you can find out how here. I haven't bought my copy yet, but will do so next pay.

I want to write a little more about the reasons why I think that Janene's new project is important, why we all hope that she gets grants to complete the work, but that will have to wait to a later post.
Posted by Jim Belshaw at 7:24 am 4 comments:

I haven't commented to this point on the NSW State election campaign. I thought that I should create a thread that I can add to and on which people can comment if they so wish.

This graphic comes from the ABC Vote Compass. The question asked was: "How do you feel the economy in your electorate is doing now as compared to 12 months ago?" As Antony Green notes, voters outside Sydney feel that their local economies are doing significantly worse than those living in Sydney.

I will add more material to this post as the campaign proceeds.
Posted by Jim Belshaw at 6:32 am No comments:

Email ThisBlogThis!Share to TwitterShare to FacebookShare to Pinterest
Labels: politics

I see from the Armidale Express that Uralla is experiencing something of a mini-housing boom.

Driving around Uralla on a recent trip, I was struck by the continuing if slow transformation of the town. With the decline in the town's rural service function and then the collapse in growth in nearby Armidale during the nineties, the town's economic base was badly damaged. Slowly, and the changes here go back to the early eighties, Uralla has been reinventing itself as something of a lifestyle centre, creating a special atmosphere.

These types of processes are slow. However, they do build with time. One of the reasons I have supported the continued retention of Uralla Shire despite arguments for local government mergers based on the now standard mantras of "efficiency and effectiveness" lies in the way that it has helped preserve a Uralla focus. I think that's good.
Posted by Jim Belshaw at 4:46 am No comments: