In my browsing I was pleased to discover Media Hunter, a new blog started by Craig Wilson from Sticky Advertising.

I mention this because the blog already contains some interesting material about the Australian media with a particular focus on Newcastle and the Hunter.

Posted by Jim Belshaw at 8:24 pm No comments: 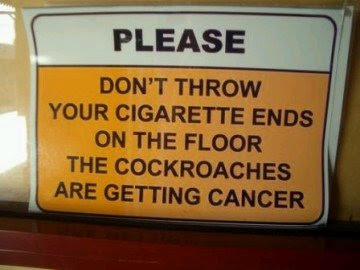 I was struck by this photo from Newcastle railway station that came from a traveller's blog.
Posted by Jim Belshaw at 7:50 pm No comments:

Email ThisBlogThis!Share to TwitterShare to FacebookShare to Pinterest
Labels: oddities 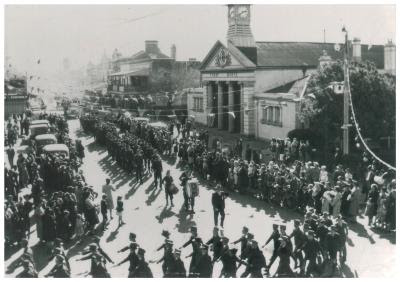 I have included this photo simply because I think that it might be of interest.

Posted by Jim Belshaw at 9:52 pm No comments: 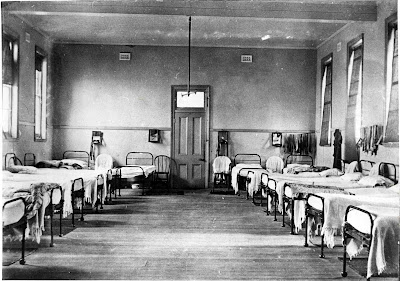 Established in 1894, TAS (The Armidale School) is an Anglican, GPS, day and boarding school for boys.

This photo shows one of the school dorms from 1913. Conditions can best be described as spartan! Boarding conditions today are very different, but those who went to the school in the 1950s and 60s will still find the scene familiar.

The school has begun the establishment of a photo archive, providing a glimpse into one element of New England's past.

Posted by Jim Belshaw at 5:08 am No comments:

I am not sure that I would ever want to go back to the European dark ages. But I can understand the fascination.

This video is set in the Pine Forest near Armidale, an area I know well.
Posted by Jim Belshaw at 9:32 pm No comments:

Interesting story in the Lismore Northern Star about the challenges facing retailers in the Lismore CBD where retail sales are down. Part of the problem is apparently due to a revamped Lismore Shopping Square, but Lismore also faces a broader problem.

According to Lismore Unlimited president Phil Hanlon. Lismore shopper dollars are being lured away from its CBD not just by a revamped Lismore Shopping Square, but to a Gold Coast made more accessible by improved roads. “You can be at Robina or Pacific Fair in an hour and a half and shop all weekend – you can’t shop in Lismore all weekend,” he said.

Mr Hanlon suggests that the dollar drain was more dramatic than most people realised, estimating between $200 million and $300 million crossing the NSW/Queensland border from the Northern Rivers each year.

Pressure on Lismore has also also came from the coast where, over the past few years, retail business between Lennox Head and Byron Bay had doubled.

Lismore is fighting back, trying to reach the 750,000 people living just over the border in Queensland. But it's not easy.

I found the story interesting in its own right, but also because it illustrates some of the changes taking place in New England, changes that help explain New England's relatively poor economic performance together with the decline in its sense of self-identity.

Our problem is that New England is squeezed, cannibalised, between the growing Sydney and Brisbane conurbations.

In an earlier story I spoke of the way in which Newcastle in the south was now being treated by the Sydney Government as simply another part Greater Sydney. This story shows the fragmentation process in the north.

Like Mr Hanlon, when I was chair of Tourism Armidale I used to talk about the opportunities offered by the big population concentrations to the north and south of Armidale. But it's very hard to do anything meaningful to fight back when everything has to be done at an increasingly fragmented local level.

Posted by Jim Belshaw at 4:10 am No comments:

This is one of a continuing series of posts.

It is now 363 days since Technorati has updated this blog. This is not the only blog of mine that this has happened too.

This blog presently rank's 3,260,072 in the world. I have pinged them and recently emailed them. But they won't update.

I need to do something.

I assume that someone from T scans the web. So what I am now doing is this. Each day I will ping them. Each day that they fail to update I will run another Technorati sucks post. Let's see how long it takes them to pick it all up and do something about it.

Thanks for the Ping!

Technorati will now check newenglandaustralia.blogspot.com for new content. You can bookmark this page and return to it to notify Technorati of updates.

Still no luck with Technorati, I fear.

Posted by Jim Belshaw at 8:35 pm No comments: 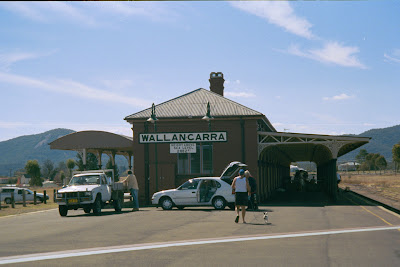 This photo shows the Wallangarra Railway Station. Yes, Neil, I still use the term railway station.

The Sydney train came in on the right. Passengers then carried their luggage across to the Queensland train on the left. This station was the main rail junction point between NSW/New England and Queensland for almost eighty years.

Posted by Jim Belshaw at 8:26 pm No comments:

It is now 362 days since Technorati has updated this blog. This is not the only blog of mine that this has happened too.

This blog presently rank's 3,260,072 in the world. I have pinged them and recently emailed them. But they won't update.

I need to do something.

I assume that someone from T scans the web. So what I am going to do is this. Each day I will ping them. Each day that they fail to update I will run another Technorati sucks post. Let's see how long it takes them to pick it all up and do something about it.

End of the Line - the Great Northern Railway 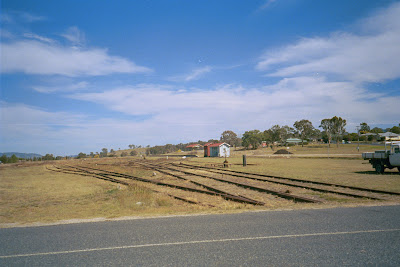 In an earlier post I looked in a preliminary way at the history of New England's railways.

This photo looks south across the border from Queensland and shows the end of what was once the Great Northern Railway.

Just to the right of the photo, the Queensland railway lines still cut through the road.

Unlike the New South Government which simply abandoned the lines, Queensland has kept its tracks open. 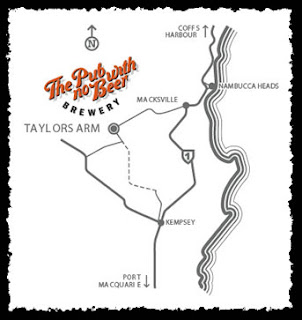 In my last post I commented on the demise of the Grafton brewery. I have now discovered a new New England beer. My thanks to the Australian Regional Food Guide for alerting me to it.

In an earlier story on Slim Dusty I referred to his classic song The Pub with no Beer. The pub in question was located at Taylor's Arm (population 50) on New England's Mid North Coast.

I now find that Murray ’s Craft Brewing Co. was launched in December 2005 and is based at the Pub With No Beer. The unconventional brewer has quickly gained a reputation for brewing distinctive and adventurous beers, with the world class quality of its ales recognised not only through a fast-growing following of beer lovers, but also through beer awards.

With results announced in Melbourne last Thursday, the AIBA is Australia’s most prestigious beer event and the second largest awards of its type in the world. The awards were established in 1987 to reward excellence in the field of brewing and to assist in the promotion of the Australian brewing industry. A renowned barometer of diversity in beer brewing across the world, the 2007 event attracted 941 beers from a record 189 exhibitors across 39 countries.

Murray's Nirvana Pale Ale won Silver in the American Style Pale Ale class and Murray's Sassy Blonde, a Belgian-style Pale Ale believed to be the only beer of its kind brewed in the southern hemisphere, took out a Silver medal in the Other category of Packaged Ales.

"The Silver medals are a great result for our little brewery, given the standard of competition this year. We’re especially thrilled to have our Sassy Blonde recognised at this level among its international peers. We’ve come a long way in just 18 months," says Assistant Brewer, Shawn Sherlock.

You can get a feel for the brewery from this you tube item.

You can buy the beer at the pub or by order. Details can be found on the Murray's site. This also includes a beer blog. 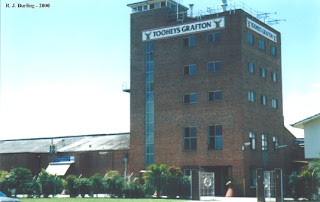 Each Australian state has its own beer or beers. Grafton was the closest thing that New England had to a local beer.

The Grafton Brewing Company was founded as an unlisted public company to provide a New England beer. My grandfather was a small shareholder.

When I first started drinking beer I started with Grafton bitter. Grafton was an acquired taste. Even today I find most beers too sweet on the palate.

The company was never very profitable. It was hard to break in when so many of the pubs were owned by the Sydney breweries. Finally, Tooheys took Grafton over, hence the Tooheys on the sign in this photo.

Initially Tooheys maintained the brew. Then in the way of the world they did away with it in favour of their own brand and mix.

Sadly, it happened while I was away from New England. One day there was Grafton. Then when I came back next it had gone. I never had a chance to drink a final drop in farewell.

I am taking a short break from posting to allow me to catch up on some other things, to recharge my batteries.
Posted by Jim Belshaw at 5:57 am No comments: