Scotland and the fight for New England self-government

On Thursday 18 September, Scotland will vote on independence. This wikipedia article provides a good introduction. 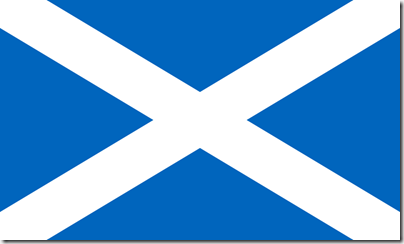 I have mixed feelings on the vote. I am not sure that full independence is in Scotland’s best interests. However, two things are important from a New England self-government perspective.

The first is that Scotland has  already achieved the thing that we have been fighting for, self government within  Australia. They did so despite continued opposition from Westminster and the established elites.

The second is that the vote on independence is treated as the self-evident right of the Scots to make their own decisions.

We New Englanders are entitled to no less. If we take control, we will certainly make mistakes, but they will be our mistakes. We will have only ourselves to blame.

Surely it is not too much to ask to give us another vote? Are we to be treated as less than the Scots? After all, it is our right too.

Posted by Jim Belshaw at 7:11 pm 2 comments: Links to this post