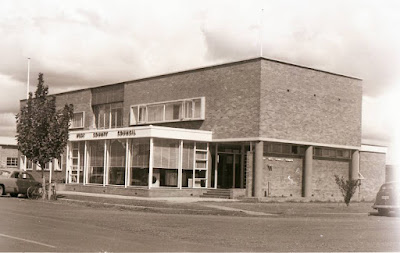 On 23 August 2017 under the headline Inverell’s light bulb moment, the Inverell Times carried a piece remembering the North West County Council, the organisation that used to provide electricity to the North West.

In 1995, after 50 years of electricity generation and distribution, the NWCC, trading as North West Electricity, and its $9m reserves were taken over by the state government. It became a larger organisation called Northpower, administered from Port Macquarie.

On 1 January 2001, Northpower was merged with the two other country electricity retailers (Great Southern Energy, Advance Energy)  formed after the forced acquisition and closure of all the electricity county councils. On 15 December 2010, the then Treasurer in the NSW Labor Government, Eric Roozendaal, announced that the retail division of Country Energy (including the Country Energy  brand) was to be sold to Origin Energy as part of a A$3.25 billion deal. As part of the sale of the retail business the electricity distribution division was separated from Country Energy and re-branded as Essential Energy on 1 March 2011

The original asset heist was justified on the grounds that these were state owned assets; that the Country Councils were not yielding a proper return from those assets; that while profitable, the Country Councils were too small to be viable in the new emerging national electricity market; and that the takeover would benefit consumers by lowering prices.

The takeover came with costs to the North West. It lost the reserves built up from trading profits, as well as the contributions the NWCC had been making to local activities. The Ashford power station that had been locally funded was decommissioned, while both head office and support jobs were lost. Sadly, the expected benefits never eventuated. Sydney took the reserves, borrowed against the assets and then finally collected the money from the partial privatization. Little if any of that money came back into the North West, while there is no evidence that I know of to suggest that consumers benefited. If anything, the reverse seems to have been the case.

Back in 2010 in Sydney's 1995 electricity heist, I provided details of the policy and political background to the changes. Seven years' later with current problems in the energy marketplace, the changes seem even more suspect.
Posted by Jim Belshaw at 11:30 pm No comments: 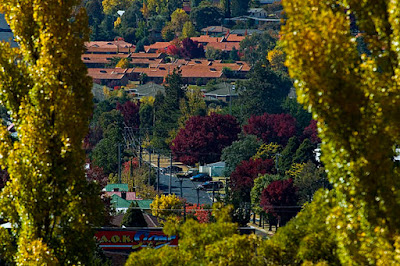 In April (Bias against the bush in Australian refugee resettlement) I reported on the continuing difficulties that had been experienced in some New England areas including Armidale and in gaining approval as refugee resettlement centres. Finally, a break through.

On 11 August 2017, the Turnbull/Joyce Government announced Armidale as a new community-driven regional settlement location for the settlement of refugees. Deputy Prime Minister and Member for , Barnaby Joyce, was joined by Minister for Social Services, Christian Porter and Assistant Minister for Social Services, Zed Seselja in Armidale for the announcement.

Mr Joyce said the first of an estimated 200 refugees would settle in Armidale in February 2018.

“I have absolutely no doubt that Armidale will work closely with the refugees settling here to ensure they can take up all the opportunities available to those who choose to embrace the great lifestyle available in regional .

“Some of the people who will settle here are fleeing unimaginable circumstances which have torn families apart.

“I’m sure that, with the necessary settlement services that will be provided and our welcoming community that refugees arriving in Armidale will be able to make a new start and build a safe, stable future which provides them with the same opportunities that all Australians enjoy.”

Minister for Social Services, Christian Porter, said the addition of Armidale as a key regional settlement site was part of the Government’s commitment to encourage migrant and humanitarian settlement outside the major cities. 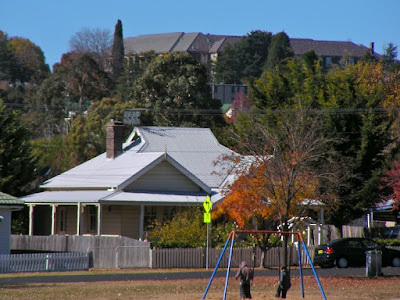 “This move reflects the Government’s aim to encourage settlement of humanitarian entrants across , not just in our larger cities and I thank and congratulate the people of Armidale and the NSW Government for their support for this initiative,” Minister Porter said.

“ is a welcoming country to refugees. Our Humanitarian Program is growing from 16,250 to 18,750 in 2018-19 and beyond and it’s important that through our settlement services we encourage more settlement in regional areas.

Completing the trifecta of ministerial remarks, Assistant Minister for Social Services and Multicultural Affairs, Zed Seselja, said the about 200 humanitarian entrants settling in Armidale would be primarily drawn from persecuted minorities from Syria and Iraq.

“The Government has focused on resettling women, children and families with the least prospect of ever returning safely to their homes,” Senator Seselja said. “Under the Government’s new Humanitarian Settlement Program, service delivery has been optimised to achieve better outcomes in employment, education and English language.

“We are committed to ensuring humanitarian entrants are able to overcome barriers, start a new life and integrate into Australian society as quickly as possible.

Settlement Services International, which is contracted through the Department of Social Services to provide settlement services, will provide on the ground settlement services to refugees in Armidale. “This will supplement existing services, providing a further boost to Armidale through SSI staff and resources in the region,” Senator Seselja.

“This settlement program in Armidale will build on the additional 12,000 refugees from and who committed to resettling. “The vast majority of these 12,000 refugees have arrived in , with the remaining families expected to arrive in the coming weeks.

I have included links to media coverage at the end of the post. 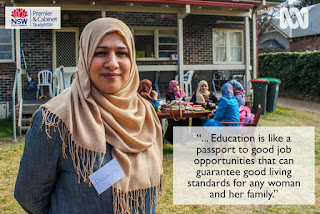 I assume that the majority of this refugee intake will be families, although it could included some individuals. I make this point because 200 sounds like a lot. If the average family size is four, we are talking about fifty families, 100 adults, 100 children. That is large enough to provide for self-support within the group but is small relative to Armidale’s size and existing international community in town, at the university and in the schools.

In the media coverage, considerable emphasis was placed on the availability of jobs, including jobs in agriculture and at the big tomato growing facility at Guyra which has experienced some difficult in attracting workers. All this may be right, but it misses an important point. We should not assume that people will stay in Armidale.

I have been researching a little of the history of the big migrant camp at Greta in the . Between 1949 and 1960 100,000 people passed through this camp. Some settled in the Hunter, most settled elsewhere. The camp was a transit point.

The critical thing for the refugees coming to Armidale is that they come to a stable and welcoming environment that can provide them with a base to recover and plan for their future. Hopefully that future will include Armidale, but it may not. 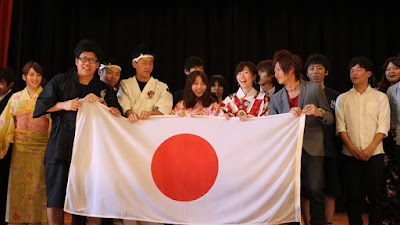 While I know that there are some private reservations in Armidale, I have no doubt that the City will be welcoming, It’s had to work hard enough for the opportunity. Here I quote from the Express story:

"The federal government has finally recognised Armidale as a suitable refugee settlement location. It comes after years of lobbying by refugee advocacy groups and Armidale Regional Council.

“It’s not just Armidale who has been pushing for this either,” Sanctuary Humanitarian Settlement member Robin Jones said.

Dr Jones said this was excellent news for Armidale.

“We’ve ready, willing and able, let me assure you,” she said.

The city will also receive a boost in refugee services to assist the new arrivals according to Dr Jones.

“We already have four services here - and the major one is Northern Settlement Services,” she said.

“But we also have a refugee nurse - two refugee nurses in fact. “We have STARTTS, which is a councilling service that comes up from .“We have TAFE that has the language programs.

“And we have a community that is very supportive too" 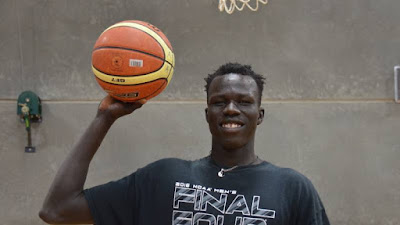 Armidale has already been a centre for some refugee resettlement. Makuach Maluach and his family arrived in Armidale in 2009 as refugees from South Sudan. Now Makuach is set to play college basketball in the US

The question of the availability of support services is a vexed one. I have made the point before that I think the approach adopted by the Federal Government is far too rigid and bureaucratic.

The Armidale announcement was preceded by an announcement on 27 July that Settlement Services International had been awarded a contract to provide settlement services to refugees and humanitarian entrants under the Commonwealth’s Government new Humanitarian SettlementProgram (HSP) in NSW Regional, which covers northern NSW. That contract followed a competitive tendering process that began in September 2016. This means that SSI will manage , and now Armidale,

There has been a fair bit of criticism of NSW co-ordinator general for refugee resettlement Peter Shergold over the failure to resettle refugees in regional areas, as well as the lags that have occurred in Armidale’s case. Reading the Guardian report, I suspect he has been caught between a rock and a hard place. I quote in part::

"NSW co-ordinator general for refugee resettlement Peter Shergold told a resettlement conference in that efforts to help settle refugees in rural and regional areas would ease pressure on and neighbouring councils.

He said NSW and ’s refugee intakes were “eminently manageable”. NSW took more than half of the additional intake of Syrian and Iraqi refugees, in addition to its regular refugee resettlement program.

Refugees made up a tiny percentage – 0.14% - of population growth in NSW, Shergold said.

“But refugees don’t just distribute across NSW. In this last year, relatively few refugees have gone to Wagga, or Albury or , or even to or . To a very large extent these additional refugees have come to western … they’ve come to . That’s the challenge.”

Shergold said the issues facing Fairfield City Council were “acute”, and that a broader spread of resettlement would ease pressure in that area, and, critically, assist refugees in finding employment.

“What refugees want is a job. And that has been the most challenging, helping refugees do what they want to do most, which is get employment.

Shergold welcomed the Armidale announcement, saying the regional city had the necessary infrastructure and support services already in place to help refuges.

“This decision has the potential to boost Armidale’s local economy, create new business and most of all, become a template for the kind of Australian mateship the world needs to see.”

Now that approval has been given for this group of refugees to come to Armidale, groups in both Tamworth and Glen Innes can be expected to redouble their efforts to achieve similar outcomes for their towns.

Links
Posted by Jim Belshaw at 10:40 pm No comments: 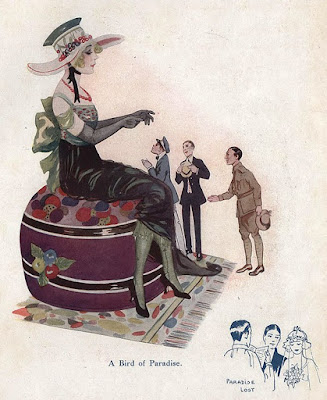 On 12 July, my post From Armidale to Bega: sharing the remarkable Hinton art collection included a reproduction of an Esther Paterson (1896-1971) painting, The Yellow Gloves, also known as Portrait of Betty Paterson.

I knew nothing about Esther or Betty Paterson so did some digging around. I found they were part of a rather remarkable Melbourne artistic family whose story I briefly outlined in my Armidale Express column subsequently re-posted on my New England History blog, The Patersons and their artistic legacy

The story of New England's Anaiwan or Nganjaywana Aboriginal language 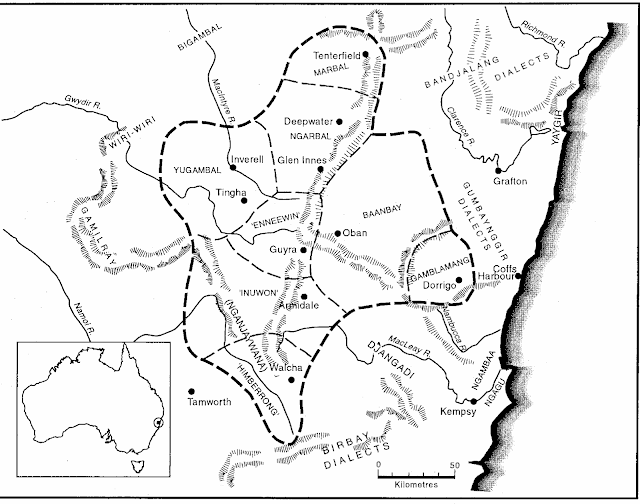 A lot of my writing at the moment is elsewhere and on the history side. I fear that this blog continues severely neglected as a result.

Regular readers may remember that I write the weekly history column for the Armidale Express. I have been writing a series on the mystery associated with New England's Anaiwan or Nganjaywana Aboriginal language I have now brought on-line the last column in teh series. You will find this here. It includes links to all the columns in the series so that you can follow the story through.
Posted by Jim Belshaw at 1:44 pm No comments: