The poetry of Les Murray 1 - introduction 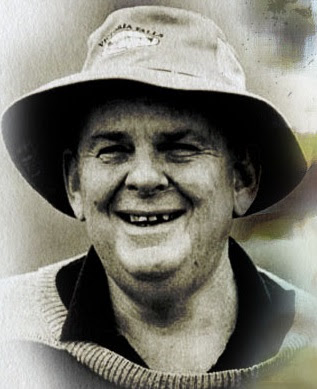 I have been reading Les Murray, The best 100 poems of Les Murray, Black Inc, Collingwood 2004. I have referred to Les Murray before on this blog, but this was is first time that I have taken the time to really taste his poetry.

Wikipedia records that Leslie Allan "Les" Murray was born on 17 October 1938 at Nabiac on the Wallamba River, 24 kilometres south of Taree and 25 kilometres west of Forster/Tuncurry on the Mid North Coast.

Today Nabiac has a population of around 600 and services the surrounding communities of Wootton, Failford, Rainbow Flat, Dyers Crossing, Krambach and Coolongolook.

Murray grew up in the neighbouring district of Bunyah. He attended primary and early high school in Nabiac and then attended Taree High School.

In 1957 he began study at the University of Sydney in the Faculty of Arts and joined the Royal Australian Navy Reserve to obtain a small income. Speaking about this time to Clive James he has said: "I was as soft-headed as you could imagine. I was actually hanging on to childhood because I hadn't had much teenage. My Mum died and my father collapsed. I had to look after him. So I was off the chain at last, I was in Sydney and I didn't quite know how to do adulthood or teenage. I was being coltish and foolish and childlike. I received the least distinguished degree Sydney ever issued. I don't think anyone's ever matched it."

Murray developed an interest in ancient and modern languages, which qualified him to become a professional translator at the Australian National University where he was employed from 1963 to 1967). During his studies he met other poets and writers such as Geoffrey Lehmann, Bob Ellis, Clive James and Lex Banning as well as future political journalists Laurie Oakes andMungo McCallum Jr. Between times, he hitch-hiked around Australia and lived briefly at a Sydney Push household at Milson's Point. He returned to undergraduate studies in the 1960s and became a Roman Catholic when he married Budapest-born fellow-student Valerie Morelli in 1962. They lived in Wales and Scotland and travelled in Europe for over a year in the late 1960s. They now have five children.

In 1971 Murray resigned from his "respectable cover occupations" of translator and public servant in Canberra  to write poetry full-time. The family returned to Sydney, but Murray, planning to return to his home at Bunyah, managed to buy back part of the lost family home in 1975 and to visit there intermittently until 1985 when he and his family returned to live there permanently.

On his poetic inspiration, Wikipedia notes that twelve years after Murray's induced birth, his mother miscarried and died after the doctor failed to call an ambulance. Literary critic Lawrence Bourke writes that "Murray, linking his birth to her death, traces his poetic vocation from these traumatic events, seeing in them the relegation of the rural poor by urban élites. Dispossession, relegation, and independence become major preoccupations of his poetry". The Oxford Companion to Australian Literature writes that:

The continuing themes of much of his poetry are those inherent in that traditional nationalistic identity – respect, even reverence, for the pioneers; the importance of the land and its shaping influence on the Australian character, down-to-earth, laconic ... and based on such Bush-bred qualities as egalitarianism, practicality, straight-forwardness and independence; special respect for that Australian character in action in wartime ... and a brook-no-argument preference for the rural life over the sterile and corrupting urban environment.

I think that description is about right. However, what is perhaps less well recognised is Murray's role as a regional poet. He captures the cadences, the rhythms, of a life departed or now departing or at least threatened. He mourns and celebrates aspects of that life, descriptions that would be instantly recognisable to most people in New England, especially to those of an older generation.

In my next post in this series, I will introduce you to some of the poems selected by Les Murray for his 100 best poems and link them to aspects of New England life.
Posted by Jim Belshaw at 9:33 pm

I have included your blog in Interesting Blogs on Friday Fossicking at
http://thatmomentintime-crissouli.blogspot.com.au/2016/06/friday-fossicking-june-3-2016.html

There has been a wonderful bio-pic made in 1991 featuring Les and his growing, if you can ever find a copy watch it. He's a link to a couple of clips, the Newcastle clip is doubly interesting as the Newcastle shown in 1991 is also gone as much as the Newcastle of 1942 is nought but a memory.
The Daylight Moon: A Portrait of the Poet Les Murray (1991)
http://aso.gov.au/titles/documentaries/the-daylight-moon-les-murray/clip2/

The forget at our peril, Dog, Fox, Field
http://www.poetrylibrary.edu.au/poets/murray-les/dog-fox-field-0562032

Thank you very much, John, for both. Much appreciated. The Newcastle clip is doubly interesting for the reasons you give. I hadn't heard that poem before, but it captures part of our past. The link to the poem -http://www.poetrylibrary.edu.au/poets/murray-les/the-smell-of-coal-smoke-0617038