James Harris has been appointed as the ninth Chancellor of the University of New England. He takes over from Geoff Fox who has been acting Chancellor since the Hon. John Watkins resigned in June. 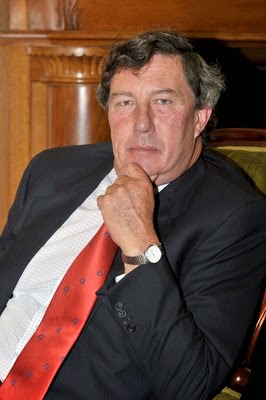 Vice-Chancellor Annabelle Duncan said Mr Harris has made an outstanding contribution to the University while serving on Council and was an excellent choice as Chancellor.

“Mr Harris has the vision, knowledge and understanding of the higher education sector to lead the University of New England in an increasingly competitive, complex and changing environment,” Professor Duncan said.

“His strong commitment to this University is evident through his work on Council, as Chair of various Council Committees and as Deputy Chancellor from 2001-2007.”

Mr Harris said it was an honour to be appointed as Chancellor.

“My involvement with UNE spans two decades and in that time I have seen the University grow and prosper.  The University is an integral part of the fabric of the New England and plays an important role in providing education to people in regional areas,” Mr Harris said.

“I am proud to be part of the UNE community and I am passionate about ensuring this University remains competitive and innovative. I look forward to working with Professor Duncan in shaping the strategic direction of the University.”

Jan McClelland has been appointed as the Deputy Chancellor of UNE Council.

Ms McClelland is an experienced chief executive and senior executive in government administration, management consultant, chairman and non-executive director of organisations in the government, private and not for profit sectors.

She has been a member of the UNE Council since 2000

Email ThisBlogThis!Share to TwitterShare to FacebookShare to Pinterest
Labels: University of New England