I quote from the University of Newcastle's Coal River Working Party blog:

We are nothing without our history, and our records, lay testament to who we are as a people.  All these things could become real if we wish them to be. Dreams are always dashed when someone say’s ‘its too expensive’ and the result invariably is we don’t do anything exciting.

I have to agree.

Staying on history, I see from Headlines from Armidale in Old news from Armidale and New England that, on 5 April 1988, cricketers from Newcastle defeated those from Armidale. No further information is given! 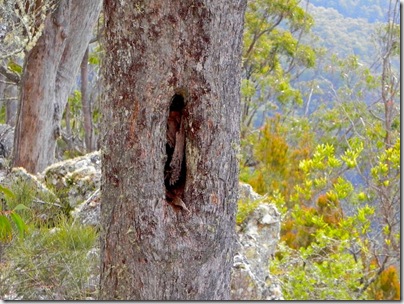 nellibellingen has carried a range of historical posts. At the moment I haven't quite worked out how Lynne's various blogs fit together. Her BLOG IT ALL - THAT'S NEWS TO ME does provide something of a guide, but I'm still confused. I will write a proper story when I have!

Turning to more current events, in Bailed Up! Now into our 14th day of political uncertainty North Coast Voices calls on the independents to make up their mind. The blog's perspective is certainly less sympathetic than mine! I quote:

Now we are approaching a political climate in which supposedly considered judgement is beginning to give way to highway robbery as the three remaining unaligned seasoned independent MPs hold the nation and the two main parliamentary parties to ransom.

The (very) Independent Member for New England has gone home to Tamworth to ponder the decision he should make about who should have the opportunity to form the next government.

I do not envy him the decision he has to make, but I know that it will be a conscientious one and, whichever way it goes, I expect that he will receive strong support from the local communities. 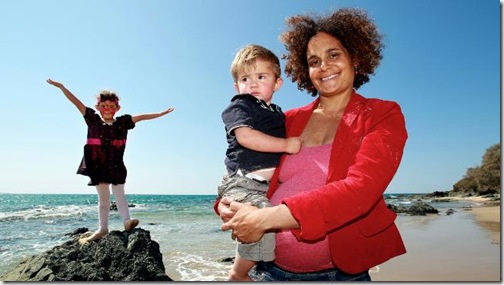 Another New England blogger, Dermott Banana, in Devil Calling, has a different take on that phone call made by Liberal senator Bill Heffernan to independent Ron Oakeshott. The photo from DB shows Mrs Oakeshott and two of their kids.

Last weekend, while the whole country wondered what the independent MHRs would do, Rob Oakeshott was driving to a ceremony in Lismore to commemorate the Sandakan Death March. His wife was in the car with him, and she answered his mobile phone. The caller said in a gruff voice he was the devil.

As we now know, the caller was Liberal Senator (and complete douchebag) Bill Heffernan. His defence for such inappropriate behaviour to Sara-Jane Oakeshott? He thought he was actually talking to one of the Oakeshott children. Yeah. Right. Coz that makes his behaviour more acceptable in some weird universe, does it?

In fairness, Messrs Oakeshott and Heffernan are meant to be friends, but it was still a dumb thing to do because the call seems to have been misunderstood. I understand from friends in the New England electorate that something of a phone campaign is going on to try to force the independents to side with Mr Abbott. 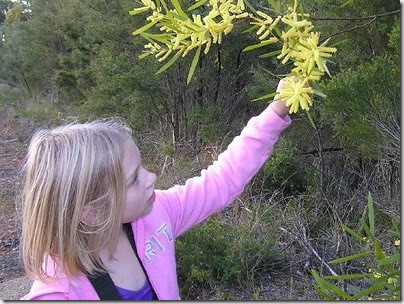 In 1988 the Golden Wattle (Acacia pycnantha) was made Australia's official floral emblem, and in 1992 the Commonwealth Government formally designated 1st September as National Wattle Day. It's also largely the source of our green and gold colours.

The celebratory day was chosen by our earlier generations to be an occasion "primarily to inspire and stimulate an Australian national sentiment". It was felt this could be accomplished by embracing such sentiment in a native flower, and uniting as a people on the day to do it honour.

The Wattle had been selected as the most suitable of our native flora because of its accessibility, occurring throughout the length and breadth of our continent.

I love the wattle. Given that my family did not understand, maybe we should be paying more attention.!

Pip Wilson's Wilson's Blogmanac has still not been updated. Bellingen based Pip was bashed up in one of those random incidents. The last I heard was some weeks ago when he was being moved from intensive care. I hope that he is okay.

After a gap since July, Bolting Bear has begun reporting again. BB is, I think, a medical student at UNE who also happens to be Muslim. Brisbane, as the name says, is the story of a trip to Brisbane. I like BB because he provides another entry point into the changing mosaic that is modern New England.

It has been a little while since I mentioned A Woodsrunner's Diary. This blog continues its eclectic mix of living history and historical trekking items. Primitive Skills. Stalking., for example, shows you how to get real close to a wallaby (kangaroo?).

Finally, Sharyn's The woman on the mountain has some good wallaby photos.

Email ThisBlogThis!Share to TwitterShare to FacebookShare to Pinterest
Labels: New England blogs, round the blogging traps

Good one, thank you.
Regards, Keith.

It seems such a pleasant place .. have a nice day friend ..

Nice to get an overseas visitor, Puguh.

Just to clarify: I am a Novocastrian, living in exile near the national capital. Love your writings, and share many of your views, esp re the Northern NSW statehood.

Thanks, Dermott, and sorry for the delay. I am in Greece and have had difficulties organising internet access. Glad to meet another new state supporter!