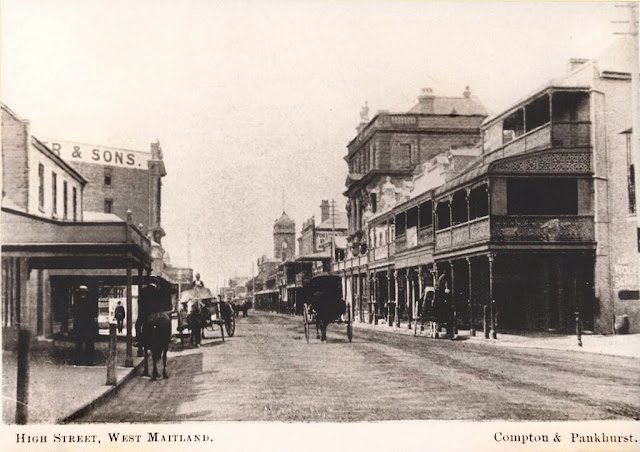 Very few people even perhaps in Maitland realise just how historic the city is. Maitland was established in 1820. Melbourne was established in 1835. By then, Maitland and its river port at Morpeth had begun to develop as entrepot for the European settlers now spreading north. It would be decades before the small settlement at Newcastle passed Maitland in population.

I mention this now because Maitland City Council has unanimously backed an action plan to establish a new and revolutionised model for museums in the city.  (Meg Francis, Maitland Council back report on revolutionising city's historical collections, Maitland Mercury, 28 October 2018).

While I have not read the report on which the decision is based, the idea of the creation of an over-arching museum structure that will link together all of Maitland's museums and historical collections strikes me as a good one.

I do get annoyed because so many people fail to recognise Maitland's historic role. not just as an entrepot but as a centre of professional and broader commercial services for New England over many decades. The Maitland Mercury itself was a key journal of record, while Maitland's professionals including lawyers and architects played an important role in the development of New England life including the built landscape.

I hope that the Maitland Council will recognise that and build it into its visitor promotion.